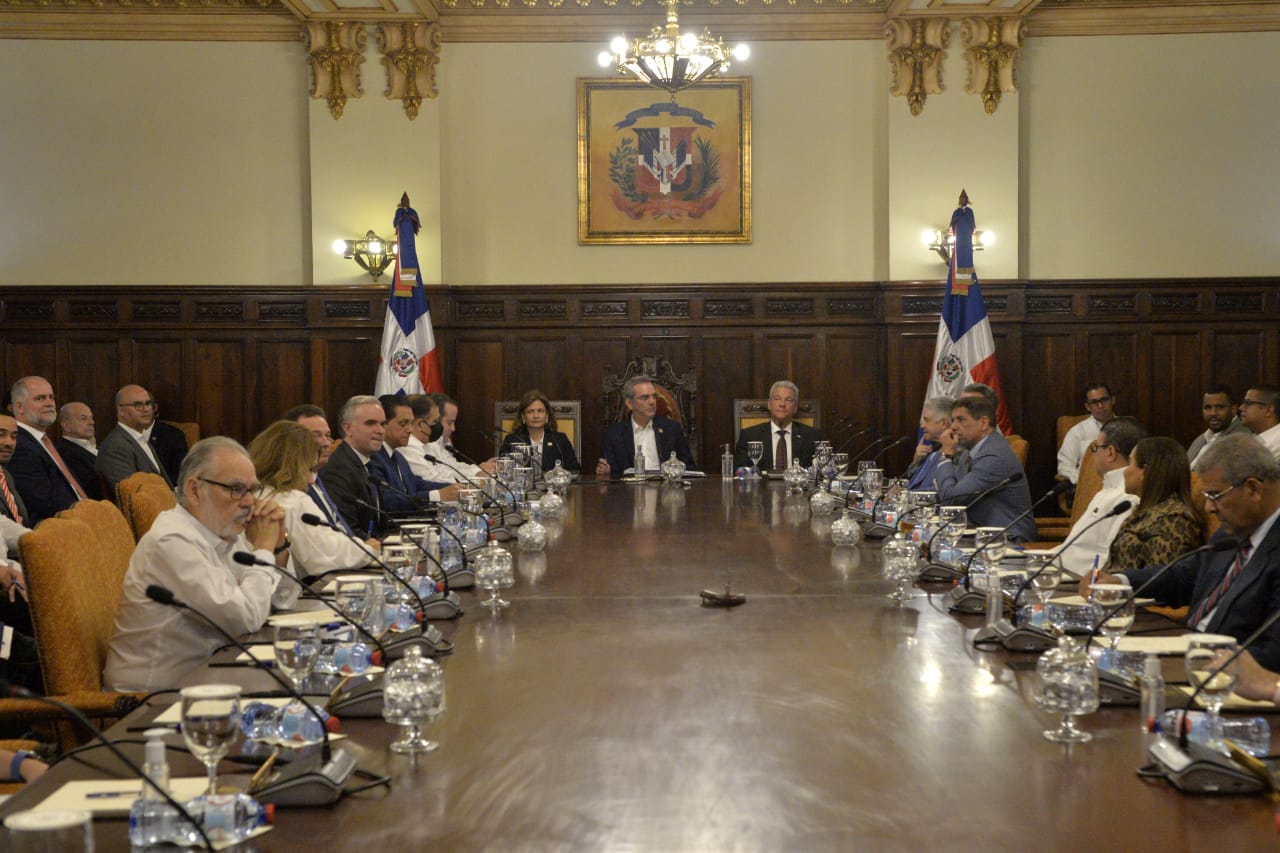 Santo Domingo.- President Luís Abinader met this Tuesday with the ministers and general directors to follow up on the “Government in the Provinces” program, carried out two weeks ago in his absence because he was on a trip to Switzerland.

The meeting was held in the government council room for more than an hour and at the end of the meeting, the Administrative Minister of the Presidency, José Ignacio Paliza, reported that the head of state received a report of the day where the Officials simultaneously visited the national territory.

He said that during the meetings, civil society had the opportunity to share and be heard and follow up on the works carried out by the Government in the provinces.