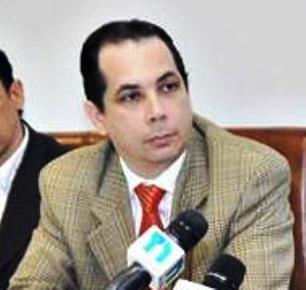 Santiago.- The president of the Association of Merchants and Industrialists of Santiago (ACIS), Sandy Filpo, yesterday defended the agreement reached with the Haitian Consulate, in order to provide documents to illegal Haitians who work in construction, agriculture and other sectors. of the economy.

In turn, the businessman complained that there are Dominicans who do not want to work in the fields and in construction, and those spaces are occupied by undocumented Haitians.

“The Haitian, not having the required documentation, was considered migratory, a fee was paid to Social Security and with that they were already covered.”

According to Filpo, Haitian workers have to present documents from their country to be admitted as such

No matter how urgent a need to fulfill job vacancies in agriculture and construction this government and past governments have always been deliberately reluctant to do what is needed to overcome the shortfalls. To obtain votes politicians start the anti Haitian saber-rattling. They do this because it is expedient for them, rather than do sometime politically discordant that may resolve the matter.

It has been accepted by Dominicans over the years Haitians are at hand to do the work Dominican do not want to perform, The puzzle for outsiders to understand is when Dominicans do not want to do the arduous work is why do they, the Dominicans, complain when the foreigners do it?

This government and future governments have to come to an accord to easily provide work permit documentation to the foreigners and waivers of 80%-20% employee quotas demanded by government on employers.