Dominican Republic’s basic food basket is one of the cheapest in the region, according to study 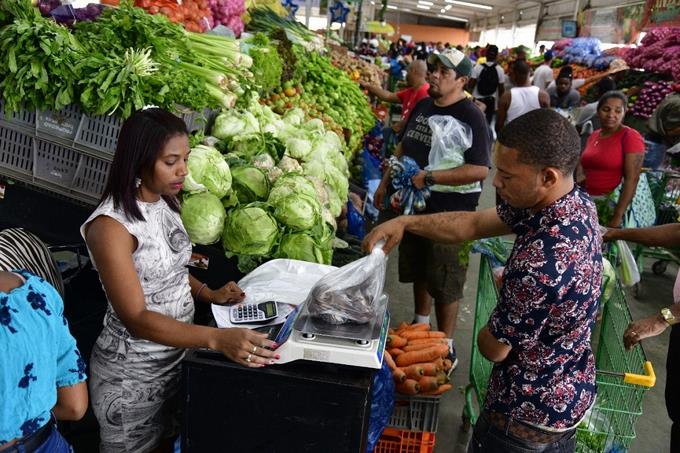 Santo Domingo, DR.
According to a study recently carried out by the Central American Consumer Protection Council (Concadeco), an organization that belongs to the Central American Integration System (SICA), the Dominican Republic is one of the countries with the cheapest basic food basket,

The president of the regional body, the Honduran Mario Castejon, said in a press release that the country has the staple products with the lowest prices than Panama, Nicaragua, Guatemala, Costa Rica, Honduras, and other Caribbean countries.

The head of the General Directorate of Consumer Protection of Tegucigalpa also highlighted that according to the comparative study, the basic food basket in El Salvador is US$223.86; Dominican Republic US$275.38.

He said that for this study, the 26 essential food products marketed in rural and urban areas of these countries were taken as a fundamental sample, “where it was determined that El Salvador is the first country with the cheapest basic products, followed by the Dominican Republic.”

Food
Among the foods included in the price monitoring study are chicken, eggs, pasta, legumes, sausages, cereals and derivatives, powdered and liquid milk, dairy products, vegetables, roots and tubers, seafood and fish, fruits, canned goods, as well as rice and oils have more affordable prices in the Dominican Republic.

Castejón said that the consumer protection agencies permanently carry out these studies to maintain a consultation among all the member states of the Consumer Protection Council of Central America.

He explained that the importance of the fact that the country has one of the cheapest basic food baskets in the region benefits the pockets of Dominican consumers, mainly low-income families.

He took the opportunity to inform us that next September, the executive director of the National Institute for the Protection of Consumer Rights, Dr. Eddy Alcántara, will assume the pro tempore presidency of Concadeco in an event to be held in Santo Domingo with the presence of his counterparts from Central America.

Great, now food is going to skyrocket. They should do a study on countries with the highest restaurant tax. Im sure the dominican republic is definitely on a top.