There is enough fertilizer, but producers complain of increases 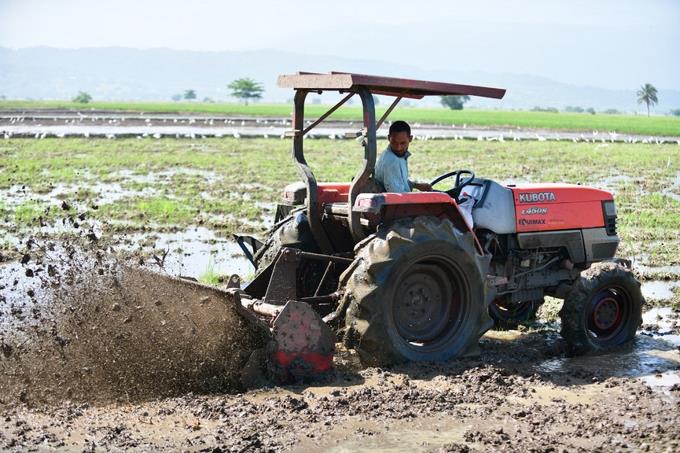 Santo Domingo, DR.
While the companies that supply fertilizers used in agriculture claim to have enough stock and that prices have been frozen since September 2021, producers in the southern region say that these inputs are registering considerable increases in the domestic market.

The director of Institutional Relations of the company, Fersan, Carlos Fernandez, said that the supply of raw materials has been assured and that they are mainly importing from the United States and Canada and therefore have not had difficulties maintaining a good “stop” in stock.
He added that the subsidy granted by the Government, through the “Siembra RD” program, has managed to keep the prices of these inputs, which are vital for national production, stable.

The executive director of the company Abonos Dominicanos (Abodom), José Peralta Abreu, agreed with Fernández and said that the agreement with the Government was made to guarantee the price and supply of the main nutrients used in fertilization in the country, such as nitrogen, phosphorus, potassium, sulfur sulfate, and other micronutrients.

He affirmed that the companies have enough raw material for the national supply of the chemical products used as fertilizers.

He stated that if the Government had not subsidized to keep prices stable, the country’s fertilization would have fallen more than it did, and it would not be sustainable for producers to fertilize. For example, he said urea (the most used fertilizer raw material) was selling for around US$75 or US$80 per bag without subsidy, and with the subsidy, it is selling for less than US$42.

Producers complain
The president of the Block of Producers and Associations of Peravia-Valdesia, César Ramírez, informed that the prices of fertilizers and manure have continued to increase and that the Government subsidy has not been reflected in these prices.

Another producer in greenhouses in Rancho Arriba, San Jose de Ocoa, who preferred not to be identified, said that fertilizers have increased by 40%.

He maintained that the most used fertilizers went up and that the other fumigation products went up “by a million,” and they can no longer say that it is because of the dollar.

He added that the solubles and fertilizers of all kinds that they use had risen more than 40%. “In fact, fertilizers have risen up to 70%,” he emphasized.

Regarding the subsidy approved by the Government through the “Siembra RD” program to guarantee food security, the Rancho Arriba greenhouse producer said that it did not reach the farmers and that “if it did, it was to increase the price of the products.”

He expressed that in fumigation, products increased by double and that the subsidy was not reflected in any of those products.

“The acids, those are in 8 and 9 gallon jugs and the fertilizers, there is one called El Micro that is very expensive, that is almost RD$5,000 for 25 pounds. All those that I told you are two thousand and something, they are 55 pounds and the fumigation supplies, insecticides, pesticides come in gallons and liters, and they are all expensive,” he said.

When they say “subsidies”, they are saying the whole Dominican society is paying it. Don’t be fool the government does not have money of its own!