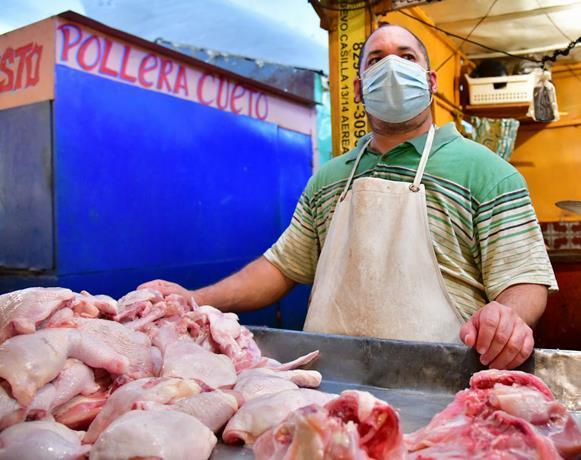 The president of the Association of Small and Medium Producers of Chickens of Mocha and Licey (Cibao Central), Ambiorix Cabrera, favored the importation of chickens and eggs from Brazil and Belgium, indicating that it controls speculation, but estimates that if there is no subsidy for that sector, consumers cannot expect that they will buy those products at lower prices.

Cabrera indicated that unless the Government subsidizes the purchase, there is no way that these poultry products will be sold at lower prices than those currently sold.

“We producers, with the increase in raw materials and all supplies, the chicken comes out at about RD$41 a pound on the farm, but there are many speculators that they cannot control, because it is a job for the authorities,” he emphasized.

The poultry producer estimates that the Government has to focus, throw “price control” into the streets, and set a price for chicken, mainly.

“I understand that this little problem will be solved in a month, now everything can be done without harming the productive sectors,” said Cabrera.

Currently, a pound of chicken is sold in Santiago at 90 and 100 pesos per pound. While consumers consider the rise in the price of chicken abusive, producers estimate there is speculation and insist measures be taken to stop the situation.