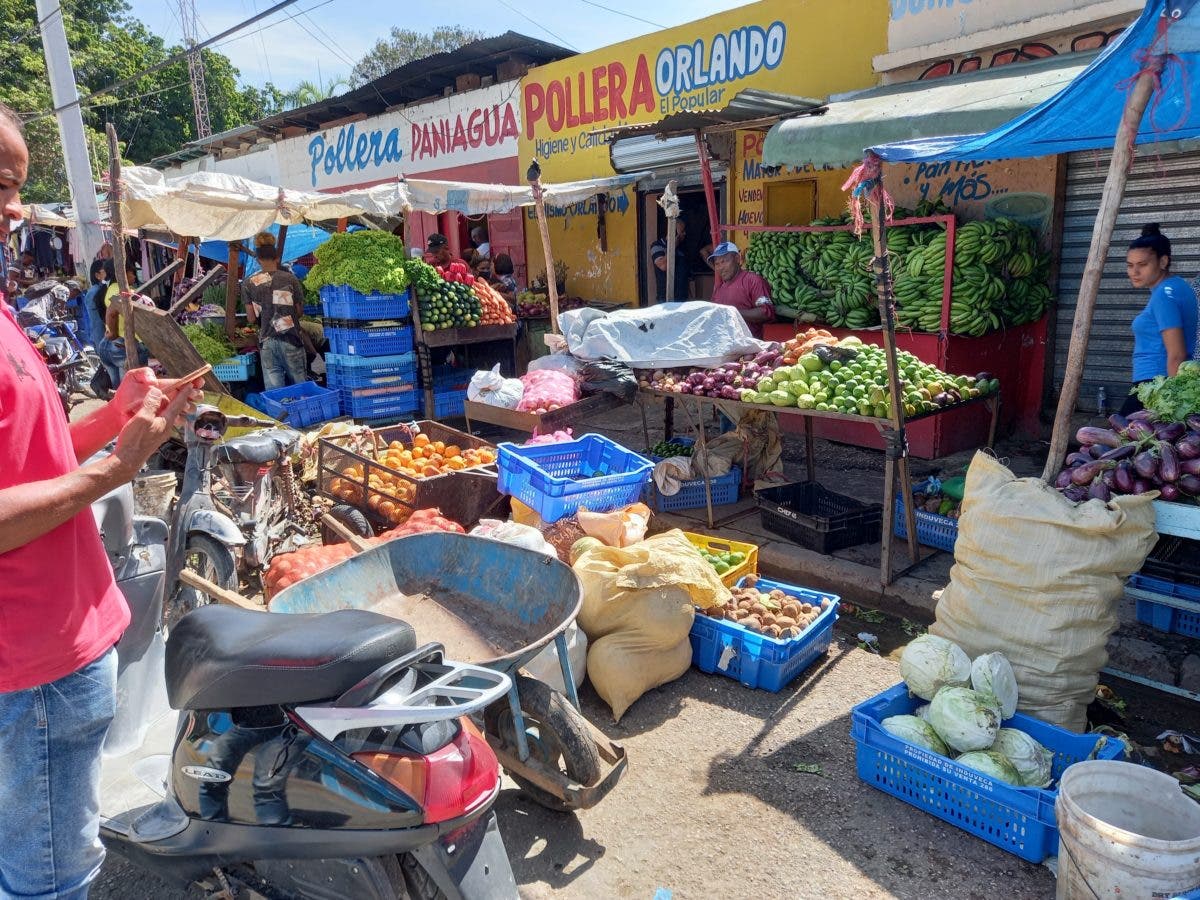 Despite the increases in the prices of agricultural inputs recorded in recent months, the two markets, located on Eusebio Puello and Anacaona streets, seem crowded with food products from the countryside every day.

And not only those markets, but dozens of trucks, vans, and the so-called egg cups, mobile and fixed in different streets here, also full of all the main foods from the field for street sale.

In a tour of both squares and the main commercial arteries of this municipality and peripheral sectors such as Corbanos Sur, Corbano Norte, Villa Liberación Los Mojados, and dozens of food stalls were also observed in vehicles, despite that affectively those of greater consumption have increased their prices.

Even in the Eusebio Puello and Anacaona markets, you can see an appreciable amount of Musaceae, plantains, bananas, sweet potatoes, and cassava, both ripe and in the process of being discarded, because supplies are exceeding demand.

In addition to bananas and bananas, these markets are full of yams, sweet potatoes, cassava, pumpkin, abundant amounts of vegetables, fruits such as mangoes, avocados, lemons, passion fruit, eggplant, and cabbage, among others.

In addition, tens of thousands of bushels of rice husks are stored in the rice factories. At the same time, about 50,000 quintals of beans from the last harvest are estimated to be held by local merchants; at the moment, in the provinces of San Juan, Azua, and Elias Piña, there are about 140,000 crops of corn cultivated, only in the first 80,000, according to the director of the Agricultural Region, agronomist Juan Bautista Mateo.

Suggest this is an optimistic story to remove the concerns the pueblo has of shortages of foodstuffs and rising market prices to offset negative reports coming from suppliers and the need to import.

The recent story of poultry farmers saying the importation of chickens and eggs will not control prices, a government subsidy may lower prices conveys why people are not at ease about their ability to stock their tables. Hence, this article was published as an effort to remove the worry.