Dominican films have a US$45.4M support 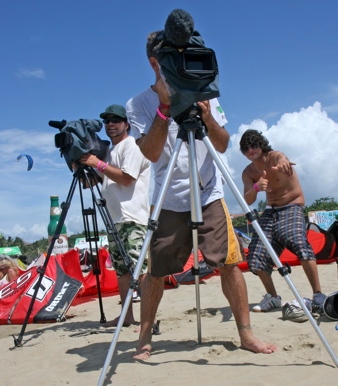 Santo Domingo.- Legislation to promote the development of cinema in the Dominican Republic remains firm.
This is established in a report provided to Diario Libre by the General Directorate of Cinema in which hi informed about the approval of national and international film projects whose general budgets are around three billion pesos (US$45.4 million).

The national projects covered by article 34 of Law 108-10 that are being filmed at the moment are “Pandemic Elections,” a production by Juan Basanta and Mauricio Vengochea, the latter advisor to President Luis Abinader on matters of strategic communication. The direction is by the filmmaker Basant. The young filmmaker and television producer Giancarlo Beras-Goico began the filming of the documentary “Las Palmas Bailan Solas”, a work which he also directed.

Another film production that is being produced under article 34 of the aforementioned law is “Granito de Arena” by filmmaker Alan Nadal and “Trágico final”  (It hurts to say), a production by Carlos Salcedo whose director will be Francisco Rodríguez.

This is very good for the economy.