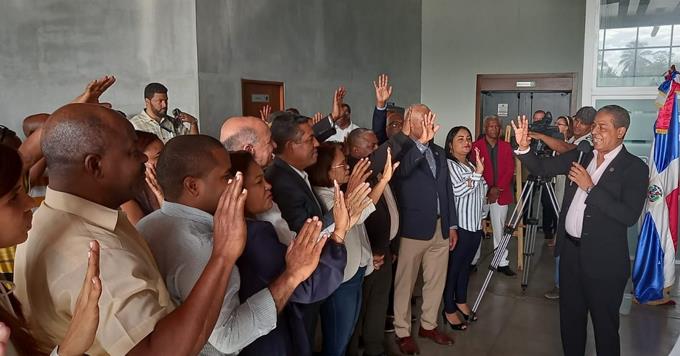 Santo Domingo, DR.
The Government of President Luis Abinader is investing RD$452 billion in 1,223 works throughout the national territory; this was stated by the director of the Media Unit of the Presidency, Federico Reynoso, during the swearing-in of government spokespersons in Santo Domingo Norte.

Reynoso said that this significant investment would directly impact more than nine million people throughout the country.

The director of the Local Media Unit of the Presidency concluded yesterday the swearing-in of the spokespersons in the municipality of Santo Domingo Norte and, with this, completed the cycle of swearing-in ceremonies in the national territory.

The official said that the conclusion of this process marks the beginning of a new stage of work in the governmental communication of President Luis Abinader.

Federico Reynoso affirmed that with the team of spokespersons throughout the country and in the North American cities where there is a greater presence of the Dominican Diaspora, the Government would achieve its objective of staying closer to the citizens in its task of governing with efficiency and transparency.