Admittedly, there are obstacles to providing jobs for the over-35s 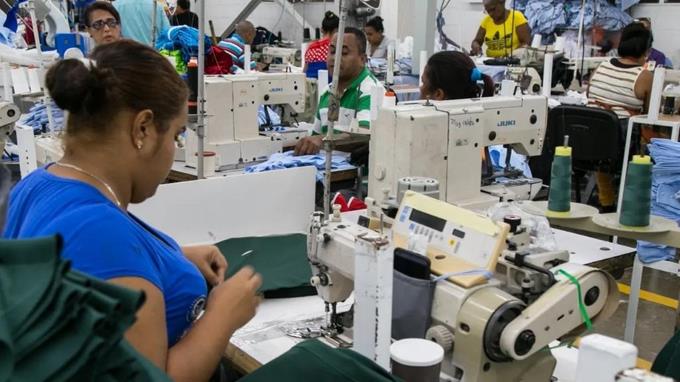 Santo Domingo, DR.
The Association of Human Management Administrators (Adoarh) assures that it is a reality that Dominican professionals and talent over 35 and 45 years of age find it difficult to get a job in the Dominican Republic even though this is prohibited by law and by the International Labor Organization (ILO).

He says that this is “a bias” from which those responsible for Human Resources are not going to take responsibility, and that is why the new management of Adoarh in a changing world like the current one is not going to avoid it and has as a point of interest within its strategic plan to work with companies that have to be aware of senior talent.

Emmanuel Blanc, president of Adoarh, said that he does not understand why such a demand is made if it is prohibited by law. He reiterated that the real discrimination is with age rather than by religion and politics.

“It is a reality that the professional, the talent over 45 years old has a hard time accessing job opportunities. Age is the biggest discrimination in the Dominican market and that is illegal,” he emphasized.

In the country, there are companies that, among the requirements and demands to fill a job vacancy, ask that the person who applies must not be older than 35 years old.

This position does not correspond to Dominican laws such as the Constitution of the Republic in Articles 39, 57, and 62, the Labor Code in Principle VII, and ILO Convention 111.

However, the situation continues, even though the country was denounced for this and other issues before the ILO, and in 2008 this resignation was stamped in the Trade Policy Report of the World Trade Organization (WTO).

The president of Adoarh explained that some companies rely on the fact that senior talent may be less adaptable to new changes and to learn and find it obsolete in the digital issue. Still, some studies show that intergenerational teams are more creative and productive.

HR managers
For the guild’s president, “some companies” transgress, putting age as a requirement. However, he assures that studies show senior talent is more committed and that intergenerational teams are more creative and productive.

This is happening because companies are losing employees who are more committed to the company, with greater emotional intelligence, and people who already know how to handle many situations. He said that Adoarh’s priority is to help companies to avoid this type of discrimination, which is a priority so that senior talent continues to work.

He agreed that many senior talents are undertaking and doing business. With this, they are swelling the ranks of the labor informality because if before 45 years of age they lose their job, they do not accumulate for their retirement, and they remain outside the social security.

Listín Diario published the subject this Tuesday in view of the multiple claims of workers over 35 years old and not admitted to a job because of their age.

In this regard, the Dominican Employers Confederation (Copardom), a union that groups the formal employers, explained that the Labor Code and the normative framework of the Dominican Republic are clear in establishing that discrimination at work for any reason is not allowed, regardless of the reason.

Pedro R. Rodríguez Velázquez, executive vice-president of Copardom, reacted by stating that from the employer sector, we promote compliance with the ILO norms and conventions ratified, as is the case of Convention 111 on non-discrimination.

Likewise, the executive vice-president of the National Council of Private Enterprise (Conep), César Dargam, said that more than age, the business community focuses on the profiles of workers…

He says that this is a problem being verified in modern society, which is undergoing a dynamic process of changes or changes in the work paradigms.

It is when and only when the government punishes owners and operators of businesses that break laws will there be any improvement of employment conditions.

The owners and operators have used the country’s high worker availabilty environment to their advantage. They have implied to their employees to be happy with what (little?) we offer you, you can be replaced at any time. You work the hours we want you to. We pay you what we want to. If you want to stay with us, expect a lower job rank after 45, otherwise leave.

The owners and operators have gotton away with this attitude and actions for years on end. They leverage this behavior with government by saying you (the gov’t) need our business for tax revenue and favors. Leave us alone we need to keep our bottom line, you do not want people on the street.

Owners and operators should be punished for violations in a manner that hit their personal assets, not the business assets that include employees.

If there is not a law there should be a law that sets percentage standards for age groups and job grades in businesses at and over (X) amount of employees. The mature employees can offer a lot of knowledge and experience to their employers. They need to show their abilities and be justly rewarded for them.

Who cares if Puerto Rico does not have the same level of infrastructure as the DR. Puerto Rico will always be a better country to reside and work in. They have federal laws that prevent this kind of nonsense. You are over 45 and therefore you are too old to work – bullshit! How many times have I heard that women are being abused by their bosses in order to keep their employment in the DR. Married women! Screw me or find another way to make money. I’ll keep quiet and paying as long as you keep the productivity up and your legs open (to me and your husband). What a nightmare place to have to earn a living. The paradise of the Caribbean.