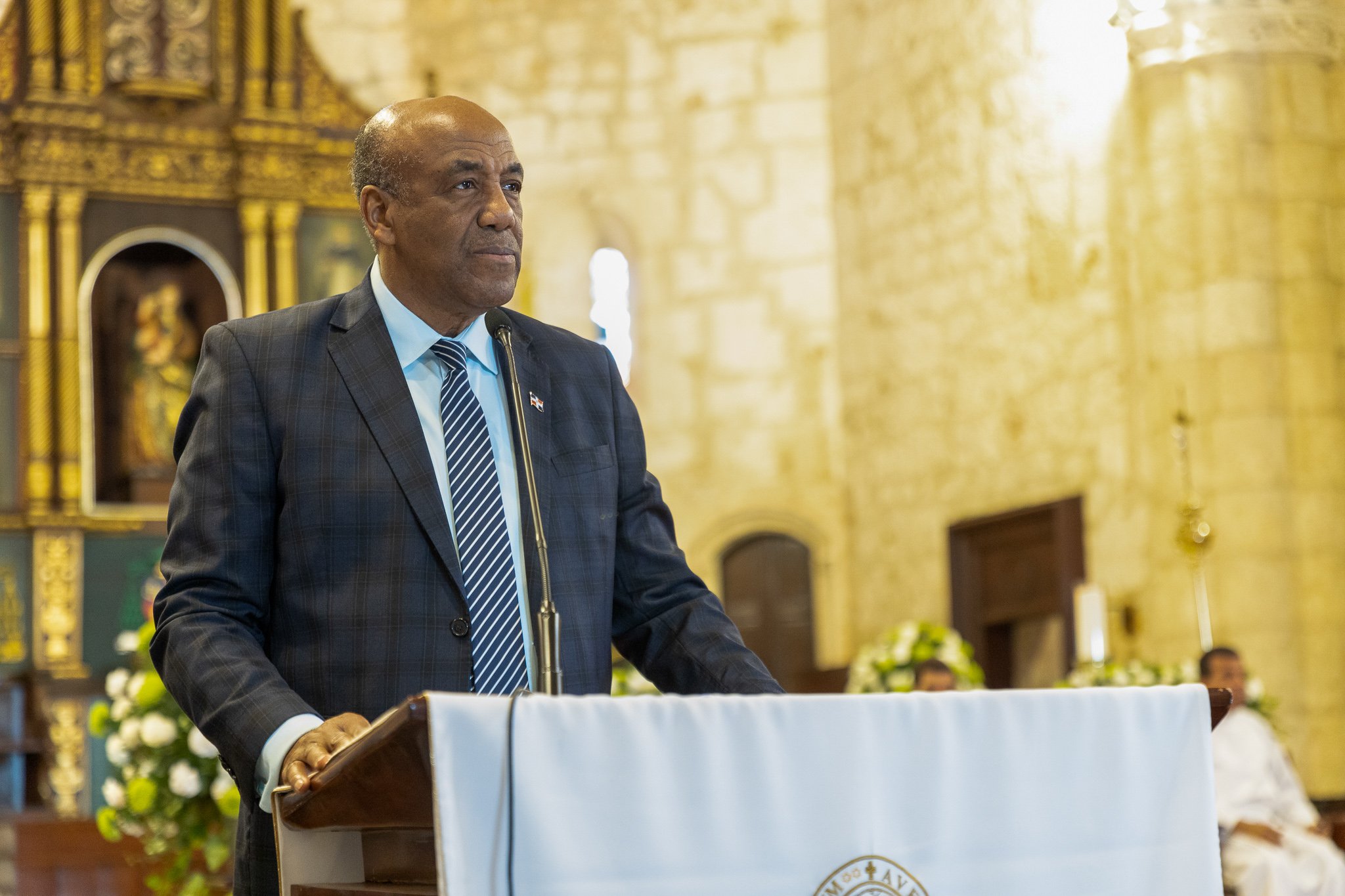 The Ministry of Energy and Mines (MEM) commemorated its ninth anniversary with the celebration of several activities, led by its head, Engineer Antonio Almonte, as well as by officials of the institution and the electricity sector.

The activities began with the hoisting of the National Flag at the institution (at its headquarters on Independencia Avenue-former CDEEE); at 9:00 a.m. Next, father Nelson Clark officiated a Mass of Thanksgiving at the Catedral Primada de América, and, later, a wreath was placed at the Altar of the Homeland.

Almonte highlighted that the Ministry of Energy and Mines has two primary wings for the country’s economic development: energy and mining, arguing that these two sectors are significant for the social and economic growth of the nation.

“For that reason is why we say that we are proud to belong to a ministry that is not just another entity of the Dominican State, but is an institution that every day becomes a public space in the daily and future life of the country since all economic and social activities depend on a good electric service,” he said.

In mining matters, the minister said that the Dominican Republic is an island with great potential to become an essential pole in Latin America and the world in mining production and commercialization of different types, thus generating foreign exchange for the national economy.

“The Dominican Republic has been demonstrating that its mining potential is greater than what is currently known,” he said.

He argued that the ministry, less than a decade since its creation, is in the process of institutional, organizational, and regulatory construction to continue strengthening the electricity and mining sectors.

The minister was joined by the deputy ministers Walkiria Caamaño, Alfonso Rodríguez, and Miguel Díaz, accompanied by area directors, advisors, technicians, and Rolando Muñoz, director of Mining of the MEM.

The mass was attended by the director of the United States Agency for International Development (USAID), Mrs. Rebecca Latorraca, representatives of the Inter-American Development Bank, as well as the director of the National Energy Commission (CNE), Edward Veras, and the administrator of the Dominican Electricity Transmission Company (ETED), Martin Robles, among other representatives of the sector.

Father Nelson Clark, while blessing and congratulating Mr. Almonte on the anniversary of the MEM, took the opportunity to urge the officials of this institution to continue formulating and developing public policies to normalize the energy service.

After the liturgical act, Almonte, accompanied by deputy ministers and his main collaborators, laid a wreath at the Altar of the Homeland, where he highlighted the Fathers of the Homeland’s historical role in consolidating a free and independent nation.

Good idea to develop this sector…there is gold to be mined and more.