Beef up; chicken down slightly 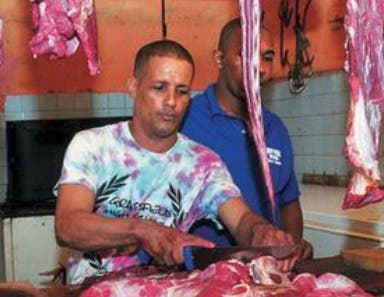 The price of chicken meat has dropped slightly in recent weeks, contrary to beef, which continues to register increases.

Yesterday, the chicken was sold in the markets at RD$72.00 per pound, lower than the more than RD$80.00 it sold for months ago.

Likewise, beef is at RD$172.00 per pound, a price which, according to consumers, is too high for their pockets.

Even red meat merchants pointed out that increased meat prices have affected their sales.

“People continue to buy meat, but it is not the same, because they no longer buy it with the same frequency,” said José Méndez, a vendor at the Cristo Rey market.

Luis Cabrera, president of the Association of Tablajeros and Meat Suppliers of the National District, said that beef prices have increased due to different factors.

“Many products have had increases and the same has happened with beef,” he said.
He said that pork has also increased, but this has not been significant.

He said that the swine fever problem in pigs continues to have an effect because it has generated an imbalance.