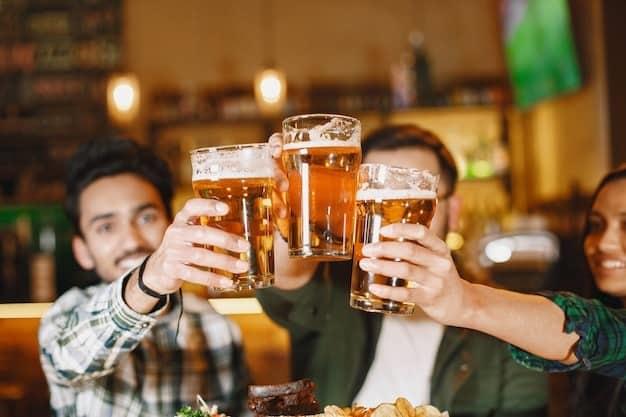 They assure that beer is still an intensely local industry (EXTERNAL SOURCE).

In the framework of International Beer Day, four international companies that produce this alcoholic beverage highlighted this Friday the role of this industry in the reactivation of the global economy.

“About 89% of all raw materials used by the brewing industry are produced in the country where the same product is sold. Even large companies operating in different markets generally produce and distribute their products relatively close to their consumers,” they wrote.

The companies’ CFOs cited the recent report entitled “Global Economic Footprint of Beer,” prepared by Oxford Economics on behalf of the Worldwide Brewing Alliance, which is the first document of its kind to study the global economic impact of beer.

They specify that the report “makes it clear that beer makes a massive contribution to global gross domestic product (GDP), as well as job creation and tax revenue.”

“For example, in 2019 beer contributed USD$555 billion to global GDP, averaging 0.8% of GDP per country. That same year, the industry also contributed more than 23 million jobs and generated USD$262 billion in tax revenue for governments. This is evidence that the beer industry is truly a formidable engine of economic growth,” they commented.

The financiers noted that the beer value chain was hit hard by the COVID-19 pandemic, mainly pubs and restaurants. In addition, they said that the millions of jobs driven by the industry depend on people being able to get together, precisely the type of activities most impacted by this health crisis.

For them, although the sustained fiscal policy support for the most affected sectors is helping, they consider that the recovery process is still uneven.

Carlsberg’s CFOs argued that the developing economy is not moving forward and that governments are less able to provide emergency financial support.

“Thanks to the Oxford Economics report, we know that beer can play a key role in the current economic recovery of these markets, as the economic contribution of the beer industry in low-income countries is even greater than the world average,” they detailed in the press release.

If only Cerveceria Nacional Dominicana, CND, could get enough bottles for its beers it would reactivate the Dominican economy. Caribbean Glass Industry cannot produce enough? What we have to put up with in the east is gallons upon gallons of Presidente Light on store shelves and isle displays. Finding a Presidente normal anywhere is a rare fine and if found they are in cans, uugghhhh! Also, finding a Bohemia Especial on a shelf is like looking for a needle in a haystack.

I found the “needle” yesterday at Nacional. Only a few bottles though!

Thanks for the heads up. There are consumers who want a diversification of CND products in store coolers or on shelves. It is annoying that CND rarely responds to those desires. In the eastern tourist zone the store shelves and center aisles are obsessed with Presidente Light.