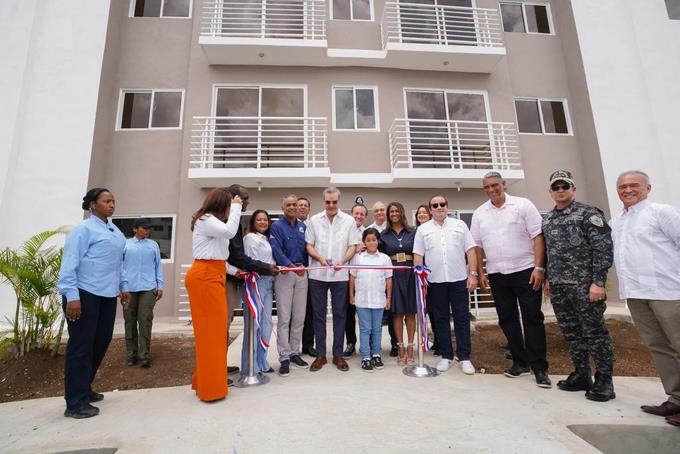 Santo Domingo, DR.
The Minister of the Presidency, Joel Santos Echavarría, revealed that the beneficiaries of the National Housing Plan Happy Family (PNVFF) receive more than RD$800,000 in aid from the Dominican Government through four bonds, whose objective is that they can own a roof over their heads and in dignified conditions.

The official explained, in a note sent to the media, that the bonds are granted by the Ministries of the Presidency (Minpre) and of Women (MMujer), as well as by the General Directorate of Internal Taxes (DGII), which allows these low-income families to reduce the payment of their monthly quota.

“The beneficiaries of the Happy Family National Housing Plan receive important aid from the Dominican State to reduce the payment of their monthly installments, such as RD$240,000 for the Initial Bonus and RD$4,000 per month for the 7-year Rate Bonus, granted by the Ministry of the Presidency, RD$172,000 for the Bono ITBIS applied by the DGII and RD$135,000 for the Bono Mujer of the Ministry of Women, which he said adds up to an estimated total of more than RD$800,000 in aid so that families can fulfill the dream of owning their own home,” the minister said.

The minister offered the information while accompanying the President of the Republic, Luis Abinader, to deliver 120 low-cost houses in Los Alcarrizos, which will benefit an equal number of families, with a private investment of RD$342.5 million.

Of the houses, 56 belonging to the National Plan of Happy Family Housing were delivered. As a result, the Praderas del Norte project will have 830 single-family and multi-family housing units with three bedrooms.

126 projects.
Santos announced that there are 126 projects in the pipeline and 42 under development at the national level, which will significantly improve the quality of life of Dominicans residing in 24 provinces. In addition, he stated that between now and the first quarter of 2023, 2,500 homes would be delivered.