Cuba will allow foreign investment in wholesale and retail trade 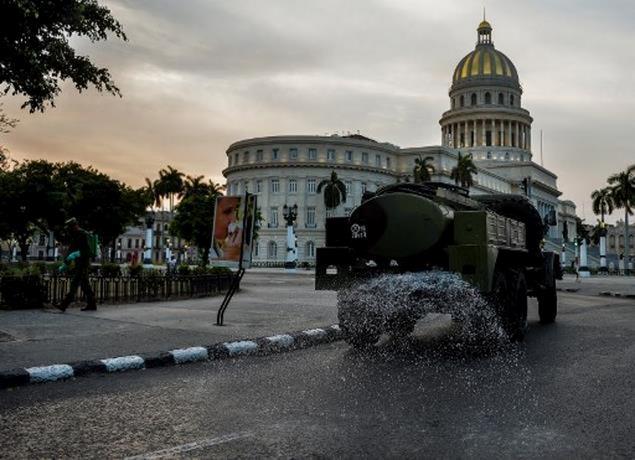 Madrid, Spain
The Cuban government has announced a series of new measures to promote foreign investment in wholesale trade, including companies with one hundred percent foreign capital, and through joint ventures in the country’s retail trade, as well as to boost exports, thus turning around the centralization of economic activities and in response to shortages.

In statements during their intervention this Monday in a Cuban public television program, the First Deputy Minister of Foreign Trade, Ana Teresita González Fraga, and the Minister of Domestic Trade, Betsy Díaz Velázquez, indicated the possibility of wholesale trade companies with majority foreign participation, while in retail trade joint ventures will be promoted.

“We are proposing that foreign investment entities be created to trade in the wholesale market,” announced the vice minister, adding that another of the measures approved is to selectively promote the creation of joint ventures to carry out retail trade activities, which will allow for greater efficiency.

In this regard, Díaz Velázquez pointed out that the intention is to develop wholesale trade and retail trade with foreign investment to attract financial resources, advanced management methods, technologies, and marketing techniques.

Thus, the new measures seek to eliminate the exceptional nature of the participation of foreign investment in retail trade, in which a state-owned market will prevail, so that “it will not be an open retail trade, but neither will it be restrictive as it was established until now.”

Likewise, with respect to wholesale trade, the Minister highlighted that, from now on, in addition to the usual modalities of joint ventures and international economic association contracts, with a common fund or by service, there will also be an evaluation of “a participation of totally foreign capital companies.”

“We will also evaluate (as long as the objectives of the proposal are in correspondence with the objectives we have set ourselves) totally foreign capital companies,” he announced.

“We are advocating that this wholesale trade be a supplier of raw materials, equipment, inputs, technology to incorporate renewable energies; in other words, a supplier that boosts and dynamizes the non-state and state sector,” she defended.

In this way, the Cuban Minister of Domestic Trade summarized that in the field of wholesale trade, three forms of investment might exist: international economic associations, companies with one hundred percent foreign capital, and joint ventures, while in the case of retail trade, it will be exclusively for joint ventures.

“The flexibility is that it was restricted, and today it is open for joint ventures. We are going to prioritize a group of countries and partners that have been with us all along. It is going to be a trade that is not restrictive, but it is not open. What has been completely opened up is wholesale trade,” she added.

Likewise, the minister said that the Cuban government is already working on the business models sought, both in wholesale and retail trade, to immediately offer goods and services on the market to reverse the country’s complex situation.