Back on track to 10 million tourists? 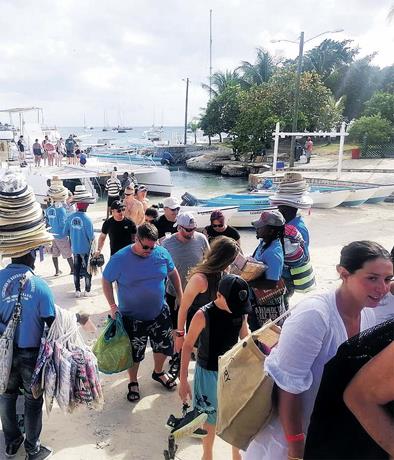 According to the World Tourism Organization (WTO) definition, Tourism is any activity carried out by a visitor. A visitor is a person who travels to a destination different from their usual environment for less than one year for any purpose (leisure, business, or personal reasons). Visitors are classified as tourists (if they stay overnight) or as excursionists if they do not stay overnight. The visitor, in turn, may be local or international. The international visitor is a non-resident traveling to another country. This definition is precise and detailed.

Under this same definition, government after government has measured the flow of tourists. In fact, starting in 2012, the government of the day set a goal, welcomed by Dominicans, to reach 10 million tourists in a period of 10 years, i.e., 2022. These ten million included all non-resident tourists entering by air and cruise ships.

This is clear in the last accountability speech of former President Medina, where he said: “In 2012, 4.5 million tourists visited the country per year, which generated an income of 4.6 billion dollars, both not insignificant figures. In 2019, the Dominican Republic received 7.5 million between tourists who entered by air and cruise passengers…” and continues, “As you know, in this sector we set an ambitious goal: that in a period of 10 years, the country would receive 10 million tourists annually. And that goal, if it follows the trend we have set, will be met in 3 years, just as we said”. (Taken from: https://listindiario.com/la-republica/2020/02/27/606108/texto-integro-de-la-rendicion-de-cuentas-del-presidente-danilo-medina). Dominican tourists played an important role in this performance.

In its latest report on tourism for the month of July 2022, the Central Bank informed that: “When analyzing inbound tourism by air during the month of July 2022, the records show that the arrival of non-resident passengers reached the record figure of 735,064 visitors, being the month with the highest reception of tourists in the historical series, ….. In cumulative terms, for the January-July 2022 period, an unprecedented flow was recorded for the first seven months of a year of 4,282,207 non-residents…it is worth noting that when compared to the pre-pandemic period, tourist arrivals for that period exceeded by 115,561 passengers the arrivals recorded in January-July 2019.”

The recovery occurs despite our negative shocks at the beginning of 2022. In the first two months of the year, the Omicron hit international tourism hard, causing new closures and more barriers to travel. This was compounded by a heavy snowfall in the United States that shook flight availability. In March 2022, the war between Russia and Ukraine put the icing on the cake. It is estimated that, had the war not happened, for the period March – July, an additional 163,404 tourists would have been received. Already for the months April to July, arrivals exceeded pre-war levels by 12%. In the absence of the war, arrivals would be almost 20% above pre-pandemic years. Four consecutive months of growth is an excellent sign of recovery, a sort of “remission” from the effects of Covid-19. Total visitor figures, including cruise passengers, also show recovery, with record values for the period January-July 2022.

Everything seems to indicate that the worst is over and we are on a different path. A more hopeful path. A trend indicator showing the annualized value of total visitors, that is, tourists and excursionists, shows that in July 2022, we already reached the highest historical value of visits from abroad, with 7.75 million compared to 7.72 million for June 2019, where it had reached its historical maximum. We are possibly back on the path of 10 million tourists, while very few countries have managed to reach pre-pandemic levels. Will this behavior be the beginning of post-parity or would it be called recovery? If we are consistent, recovery would be the answer.