Lower the price of fuel 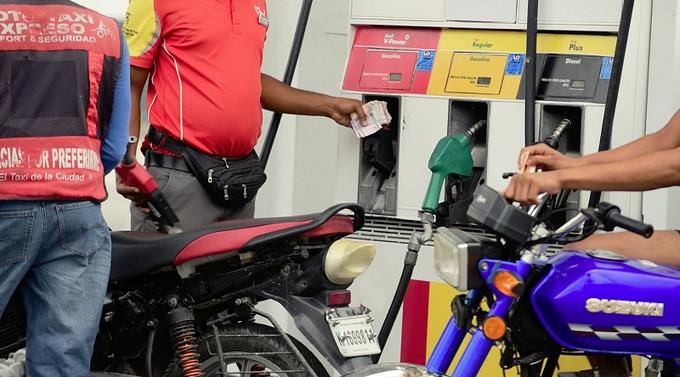 Santo Domingo, DR.
Since the beginning of last year, the Dominican family has lived through one of the most challenging periods of deterioration of its purchasing power because while salaries have remained practically stagnant, the prices of almost all goods and services have risen uncontrollably.

Given this situation, at the beginning of 2022, the Dominican government ordered a series of measures to curb inflationary decontrol, one of the most effective of which was freezing fuel prices. Although many economists may criticize this provision’s efficiency and equity since it primarily benefits high-income people, the truth is that it was the most critical decision in the fight against the current inflation.

By way of example, in January of this year, WTI oil averaged a price of US$83 per barrel, which translated into Dominican pesos using the average exchange rate for the month, yielding an estimated US$4,787 per barrel. At that time, the cost of regular gasoline was 261 pesos. But oil prices increased and reached 115 dollars a barrel in June, with the local currency equivalent being 6,286 pesos a barrel. That month the price of regular gasoline was set at 274.5 pesos, an increase of just 13.5 pesos compared to January 2022, despite the sharp rise in the cost of oil.

However, since the maximum monthly average of 115 dollars a barrel in June, the cost of gasoline, maritime freight, and the dollar has been decreasing, so the measure of freezing prices at this time no longer benefits citizens. On the contrary, estimates tell us that it is time to consider a significant fuel price reduction.

In the first days of September, the average oil price was 87 dollars a barrel, 28 dollars less than the price reached in June of this year. In addition, the cost of international freight has dropped to less than half of what it was in June, reaching a price lower than its historical average. Likewise, the Dominican peso appreciated 3% against the dollar during this period. However, the price of gasoline is still at June 2022 levels, despite the significant reduction in costs.

Going back to the examples, using the price of oil in pesos to incorporate both the reduction in the cost of oil and the exchange rate appreciation, a barrel of oil in the first week of September cost 4,623 pesos, the lowest price of the entire year 2022, making it unreasonable to keep gasoline, diesel, and other fuels at the highest prices of the year.

Looking back, the price of oil in pesos (used for illustrative purposes) today is similar to the average price in September 2013, when oil cost $106, and the average exchange rate was $42.6. Back then, a gallon of regular gasoline cost 248 pesos, significantly less than the 274.5 pesos it costs today.

Seen from another angle, since the government likes to use international comparisons, many American countries have already lowered fuel prices: Brazil, Chile, Costa Rica, Ecuador, El Salvador, the United States, Guatemala, Honduras, Panama, Peru, and Uruguay being some examples.

As a proposal, I would suggest to the government gradually reduce the price of fuels, starting with the prices that most affect the Dominican family: the cost of regular gasoline and regular diesel.

If the cost of crude oil recorded in recent days is maintained, we would be paying 3.4% less in pesos than what it cost in January of this year, so if we were to use January 2022 as a reference, a gallon of gasoline should cost 267 pesos and regular diesel oil 213 pesos.

Well said but that is like daydreaming because the Dominican government has no intentions on doing that.