This time tourism was better able to weather the hurricane 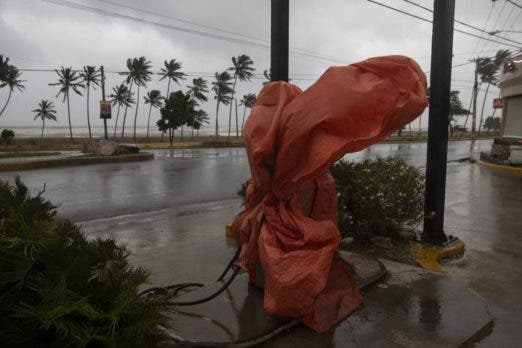 The Dominican tourism sector was able to face good conditions during the passage of Hurricane Fiona through the country, suffering only minimal damage to infrastructure and vegetation.

Representatives of the sector agreed to emphasize that the situation in hotel facilities is under control and operating on the basis of risk prevention protocols carried out by the hotels.

“The vast majority of hotel rooms are operating, and the damage to infrastructure was minimal in most hotels. However, the main impact was seen in light structures on the beaches and with fallen trees and bushes,” assured the president of Asonahores, Rafael Blanco Tejera, yesterday.

Ernesto Veloz, president of the Association of Hotels and Tourist Projects of the East (Asoleste), reported the impact of the strong winds and rains. Still, the situation is under control, with greater damage to the infrastructure facing the sea, such as restaurants, kiosks, docks, and rooms facing the sea.

Likewise, the Punta Cana International Airport, which had suspended its operations, communicated that it has resumed operations since yesterday at noon and that the airlines are operating with the arrival and departure of passengers.

The airport’s statement said that they would continue to work for hand in hand with the Dominican Civil Aviation Institute (IDAC) and the Emergency Operations Center (COE), taking the necessary precautions and following international aviation safety protocols to ensure the safety of passengers and the entire airport community.

COE Report
Hotel infrastructures in the eastern zone, especially in the province of La Altagracia, were affected by the passage of Hurricane Fiona, houses, restaurants in the beach area, and the suspension of electric service.

The most affected areas are Cabeza de Toro, Villa Playboy, Verón, and Macao, according to Bruno Benítez, Head of the Department of Risk and Disaster Management and coordinator of the Emergency Operations Center (COE) for the Verón-Punta Cana area.

Benítez said three houses had been destroyed as of midday yesterday, and 400 were affected.
He further reported rescue teams had been deployed in Macao because the Maimon river had overflowed.

He said that there was no flooding.