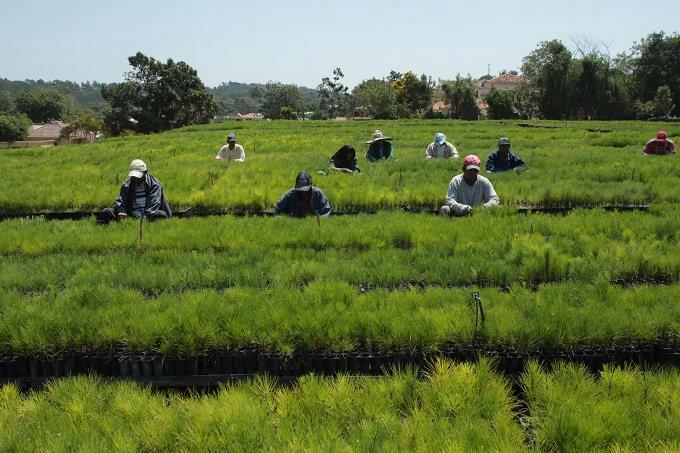 Santo Domingo, DR
The Chargé d’Affaires of the U.S. Embassy, Robert Thomas, announced that the government he represents would provide three million dollars to finance a project to help Dominican farmers.

The plan to which the funds will be allocated seeks to reduce the use of fertilizers, increase production and use biofertilizers to improve climate-resilient agricultural practices.

The announcement was made by Thomas as part of a day of visits to various locations in the Cibao to meet with government, political, and business leaders in the region and to support the Dominican agricultural sector.

Together with the Minister of Agriculture Limber Cruz, Thomas toured the facilities of the Bio-Rice experimental laboratory of the Ministry of Agriculture, which is responsible for research, technological development, and training related to Dominican rice production.

During the visit, the diplomat observed the production practices, pest and disease control, and efforts to promote the efficient use of inputs carried out by the Dominican Government from that agency.

In Santiago, Thomas attended the thirty-fifth edition of the Expo Cibao business fair, organized by the Chamber of Commerce and Production of that province, where he witnessed the products and services offered by the region’s leading companies in various industries such as technology, logistics, finance, sales, administration, cybersecurity, microfinance, banking, and health, among others.

In Hermanas Mirabal province, the diplomat visited the Casa Museo Hermanas Mirabal, where he shared with members of the Manolito and Minou Tavárez Mirabal family and the former President of the Republic, Jaime David Fernández Mirabal. He also observed the textile collection of the Mirabal sisters, which in 2014 was awarded the Ambassadors Fund for Cultural Preservation, through the U.S. Embassy, for its preservation and conservation.

Keep those d1rty i11gal yankees out of our economy & country!