Dominican Republic has excellent loan ratings with the IDB 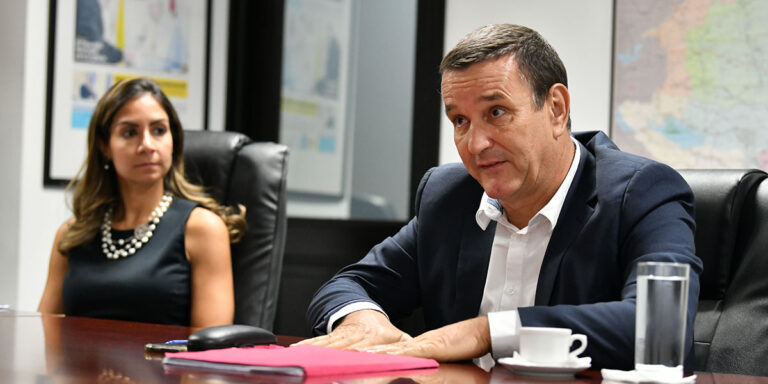 The Inter-American Development Bank (IDB), which is the nation’s main source of multilateral financing, is at ease thanks to the Dominican Republic’s sound debt management and high and steady economic growth. IDB representatives Katharina Falkner Olmedo and Gilles Damais took part in the special interview of El Caribe and CDN and discussed the nation’s record of economic growth as well as the outlook for the upcoming year to highlight the positive aspects of the state.

Falkner Olmedo responded to a question about the country’s level of debt, that the sustainability of the debt is not a nominal issue but rather a relative numerical one and that they are comforted by the fact that the country has grown by 12% last year, 5.5% thus far this year, and is expected to grow by a factor of two more than the region. The IDB would not lend to the country if the government had not been able to maintain a moderate growth rate in its public debt, which continues to be at completely acceptable levels, according to the chief of operations.

Furthermore, Damais emphasized that the international rating agencies did not downgrade the nation’s classification, indicating that they believe the macroeconomic management, including debt management, is excellent. Maintaining a manageable level of debt is crucial, in our opinion, and choosing the projects to invest in based on debt is crucial. He said, “There is no reason not to continue lending money if there are profitable projects and if the level of indebtedness is reasonable because what is invested now will generate benefits for the population that will allow you to repay the debt.”