JICA has sent more than 2,500 Dominicans to Japan to train in key areas for the country’s development 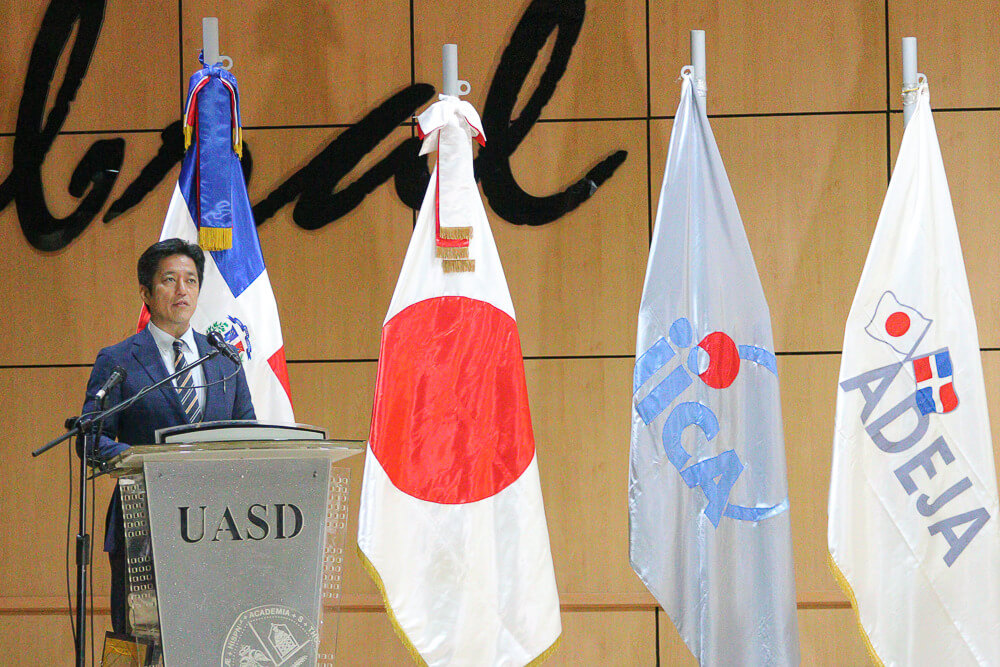 During the celebration of the 40th anniversary of the Dominican Association of Alumni of Japan (ADEJA), the Japan International Cooperation Agency (JICA) revealed that more than 2,500 Dominicans have been able to train in that country thanks to the Knowledge Co-Creation Program that was executed as part of the collaboration to impact the development of the Dominican Republic. ADEJA directors emphasized that these professionals had contributed through a variety of projects in the seven sectors—health, education, environment, tourism, risk management, competitiveness, and local development—that are crucial to the country’s sustainable growth at the celebration, which took place at the Autonomous University of Santo Domingo (UASD). In this regard, ADEJA calculates that more than RD$100 million has been invested with the assistance of JICA through various projects carried out at the national level in these seven axes.

As it is the growth and strengthening of human resources that, along with the contribution and exchange of knowledge, promote improvements in the countries and workplaces upon the return of the scholars to Japan, the Co-Creation of Knowledge program “responds to one of the largest and most sustainable contributions of the Government of Japan to recipient countries,” according to JICA. The Japanese ambassador to the country, Takayagi Masahiro, and the local JICA representative, Takayuki Kondo, led the celebration of ADEJA’s 40th anniversary. They expressed gratitude for the work that previous scholarship recipients had done in various Dominican Republic communities. Outstanding former scholarship recipients attended the meeting and presented the results of the projects they have undertaken over the past forty years after receiving training in Japan in the seven areas of educational impact covered by the program, in addition to exchanging experiences and anecdotes.

According to Cándida Sosa Almánzar, president of ADEJA, “The Dominican authorities have in volunteers an important asset for the country with highly qualified professionals to support the execution of sustainable development projects in the areas in which we have been trained.”

This is good for Dominicans to learn good commerce practices from outside the country.

I hope there is training in customer relations. Companies need to empower employees to make decisions at point of service with clients without having to wait for a supervisor to do it. Many of us have experienced the plot where a supervisor who is out to lunch, at a meeting, or not at the workplace for the day. “Come back tomorrow.”