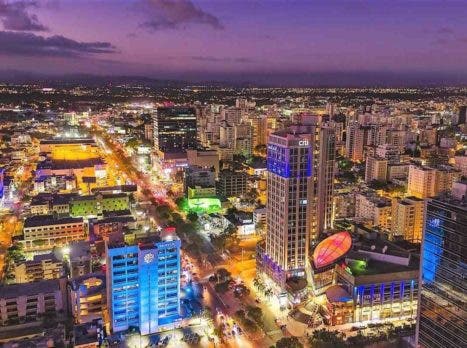 The United Nations Economic Commission for Latin America and the Caribbean, known as ECLAC, or UNECLAC, in Spanish.

It highlights that both in 2020 and 2021, there was a distributional improvement in income due to the fall in the revenues of the highest quintiles.

In the Dominican Republic, the Gross Domestic Product (GDP) per capita grew by 11.2 %, while household income per capita fell by 5%. At the same time, labor income per capita increased by 1.3 %, according to the latest ECLAC report with figures for 2021.

Household per capita income is the magnitude used by ECLAC for its poverty and inequality measurements. This results from the quotient between total household income from different sources (labor, asset ownership, and transfers) and the number of people in the household. Labor income, meanwhile, corresponds to the same ratio but is evaluated only for the labor source, which has the most significant impact on household income.

For ECLAC, the economy’s growth was not directly reflected in the per capita household income improvement. “The most striking cases were those of Brazil and the Dominican Republic, where per capita GDP grew by 4% and 11%, respectively, while per capita household income fell by 8% in the first and 5% in the second of these countries,” highlighted in the report Social Panorama of Latin America and the Caribbean 2022 presented yesterday by the Economic Commission for Latin America and the Caribbean (ECLAC).

It adds that in Argentina, Bolivia, Colombia, Paraguay, and Uruguay, the economy grew above the per capita income of households, while in Costa Rica, Ecuador and Peru, the opposite was recorded.

Improved income distribution
The report highlights that the Dominican Republic is within the group of countries where the Gini and Atkinson indices, which measure inequality, fell in the period from 2019 to 2021, i.e., both in 2020 and 2021, there was a distributive improvement.

But such improvement was due to a relative increase in the incomes of the lowest quintiles, due to the fall recorded in the highest ones.

The report also highlights that according to the Continuous National Survey of the Labor Force (ENCFT), based on income variables harmonized by ECLAC, the 1% of the population with the highest income received 9.6% of total income in 2019. Meanwhile, 50% of lower-income households received 21.9% of total income.

In other words, the top 1% of income earners or rich people captured 2.4 times the gross national income of half of the lower-income population, which shows a very high inequality. Moreover, this is considerably amplified when measuring gross national income inequality, by combining the survey results with those of tax records and national accounts,” it explains.

The middle-income strata lose share when the definition of income is extended by combining statistical sources.

Thus, for 2019 and according to the ENCFT harmonized by ECLAC, the share of this group in income was 43.9 percent, while its share in national income reached only 32.5 percent.