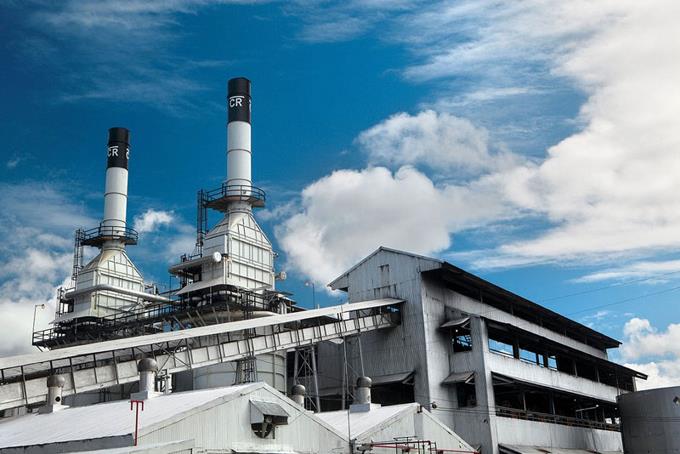 Central Romana states that it has improved the working conditions of its employees and pays good salaries.

Santo Domingo
The Dominican government sought a solution through dialogue to try to get the United States to revoke the decision to prevent the entry of sugar produced by Central Romana, for which it appointed the Minister of Labor to lead the negotiating team.

Luis Abinader’s government spokesman, Homero Figueroa, said that on the Dominican side, the ministers of Labor, Luis Miguel de Camps, Foreign Affairs, Roberto Álvarez and Industry and Commerce, Víctor Bisonó, have been appointed to try to start the dialogue with the US authorities.

Figueroa, the Director of Strategy and Communication of the Presidency, believes that the present authorities understand that “working together will restore the harmony that characterizes the intertwined history of the United States and the Dominican Republic.”

Likewise, the government intends to accompany the Central Romana Corporation during the action plan it will execute to request the revocation of the measure and to schedule periodic exchanges with the corresponding US authorities.

Likewise, to maintain a continuous flow of information on the progress of the process.

“We understand that the decision to suspend imports to the United States of sugar produced by Central Romana has nothing to do with the role of the Dominican government; but since it affects the international image and the country’s economy, we have to get involved. We want to do it in a constructive way,” said Figueroa in a written statement.

Recently, the United States ordered to stop of sugar shipments of the Central Romana Corporation in its ports for alleged forced labor and other suspected violations of the rights of the workers of that company.

The Central Romana Corporation asked the American Chamber of Commerce to come to its defense against the accusations of the representatives of the US government regarding the alleged forced labor of its workers and the violation of five indicators.

Through a communiqué addressed to the president of this guild, Roberto Herrera, the company requested to do the same and publicly support this sugar company taking into account its trajectory and business ethics.

In addition, through this letter, the company took the opportunity to respond to the accusations made by US Customs and Border Protection (CBP) officials and highlight its actions as a responsible company for more than a century.

The first observation is about “abuse of vulnerability,” which states that none of its workers or freelancers are prevented from moving to other locations.

They reported that the agricultural areas of Central Romana that could be far from those urban areas of La Romana are only a few kilometers away and that, in any case, the sugarcane communities are surrounded by small towns that are easily accessible.

Commenting on the “withholding of salaries,” he assured that this is false because the collection of salaries in that company is one of the major attractions for its field workers, where they are paid punctually, in cash, and without “withholding a single cent of what belongs to the employee, both of his earnings and of the incentives and bonuses.”

They stressed that their cane cutters earn an average of RD$622.97 per day, which puts them 55% higher than the minimum wage in the agricultural sector for an eight-hour day.

As for the “abusive working and living conditions” warned in the CBP report, Central Romana said they invest US$2 million in repair and maintenance programs for agricultural communities annually.

Is Central Romana going to deal with child labor?

2
Reply
Paul Tierney
Reply to  My Name Is Not Important

This poster has traveled in and through various Central Romana bateys in the east. Not once has any child been seen doing company labor.

The average Haitian lives on less than a dollar a day. And prior to the earthquake, the Haitian government was totally fine with its citizens earning $5 USD/day. Wages are dictated by the intersection of demand and supply. If Haitians want to demand higher salaries, what they need to do is provide more than unskilled labor, and increase the standard of living in Haiti.

This is a game for the U.S. Be sure to play it well with them. Tell them that these issues do not hinder them from buying from China and that the US has their own human rights violations including racism. Maybe that is why they are hesitant buying from the Dominicans. Offer to look into any supposed concerns and have a 10 year plan to address them at a later date. Also raise the price in order to cover the cost of the changes and expected wage increases. Maybe charge a little more because they are discriminating against the Dominican people.