The consolidated public debt of the Dominican Republic increases by US$8.7 billion in nine months 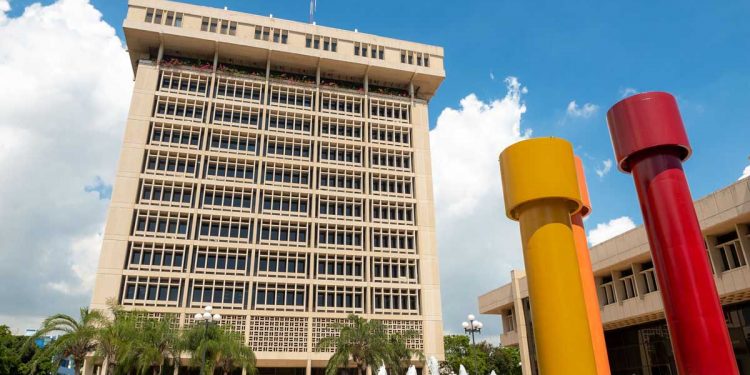 Even though the Dominican government has recorded the highest levels of tax collection in history this year, even exceeding its estimates, the debt race to cover the country’s growing fiscal deficit continues, according to official figures. This increase in debt occurs not only in the government, known as the non-financial public sector (SPNF), which has grown in absolute terms by US$4.8 billion in the first nine months of this year; it also occurs in the so-called state financial sector, that is, the Central Bank’s debt, which has grown by US$3.9 billion from January to September. According to Ministry of Finance statistics, the Dominican Republic’s consolidated public debt has increased by US$8.7 billion in just nine months, the highest proportion of the increase in the Dominican Republic’s entire economic history.

In the case of the government, the NFPS debt grows in proportion to the amount by which State expenditures exceed revenues. This year, to limit the impact of inflation, the government decided to apply subsidies and compensations to certain goods, such as fuel and the electricity sector, implying an increase in expenses that have exceeded the additional increase in collections of RD$66 billion. As a result, the fiscal deficit, which was initially estimated at 3% of GDP this year, will end up at 3.6%, with debt contracting to RD$284 billion.

To get a sense of the excessive level of the Central Bank’s debt increase in nine of the twelve months of this year, look at its absolute commitment levels in previous years. According to official statistics, the Central Bank’s debt increased in absolute terms by an average of US$705 million per year from 2014 to 2021. Therefore, if it has increased by US$3.9 billion in just the first nine months of 2022, it implies an increase of 458%, or, to put it another way, the debt of the Central Bank has increased in absolute terms in the first nine months of 2020 by the equivalent of five and a half times (5.5) more than its annual average over the last eight years, reaching its highest historical level since 1947.

Who is the Finance Minister? Instead of cutting ribbons at new hotel construction, this should be the government’s primary focus, reducing debt!