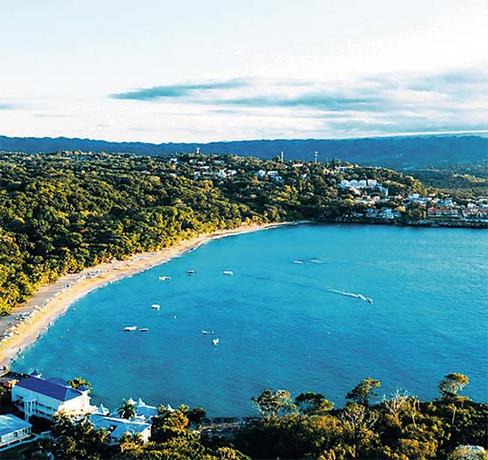 Santo Domingo, DR
The Puerto Plata Destination Tourism Cluster (CTDPP) reiterated its support for the Ministry of Tourism (Mitur) investments in Sosúa Beach as part of the comprehensive plan to rescue, revitalize and organize the municipality.

For the institution and the sectors it represents, Mitur’s intervention is timely since it will strengthen this destination’s multiple comparative and competitive advantages, offering its visitors cleaner, safer, and more orderly beaches.

They considered it wise to have included the training of informal vendors in addition to the adaptation of the space to offer their products and services, which they understand will positively impact the image of this area.

“From the Tourism Cluster we support all initiatives that contribute to improve the experience of our visitors. We celebrate the dynamism assumed with this project, and how it has been fulfilling its initial stages of relocation, equipment and training of the human resources that operate in this area,” said Birgitt Heinsen, president of the institution.

She also affirmed, “we value the disposition of the Ministry of Tourism and its commitment to transform Sosúa; in our institution, as a private sector, you will always find an ally for all the projects that benefit the country’s tourism sector and what it offers.”

The initiative of the Ministry of Tourism has been questioned by the association of groups of business owners and beach vendors who allege that only one plaza is being built instead of the three that had been agreed upon, a measure that seeks to remove them from the beach as such, which would condemn them to disappear since they depend directly on what they sell to those who are on the beach.

Last December 7, the vendors held a march caravan from Sosúa to the offices of the Ministry of Tourism and the provincial governor’s office to demand that the authorities build the three plazas which, they allege, they had agreed upon.

They had previously expressed their support for the initiative of the Ministry of Tourism.