Health Minister, CMD and experts support the use of masks 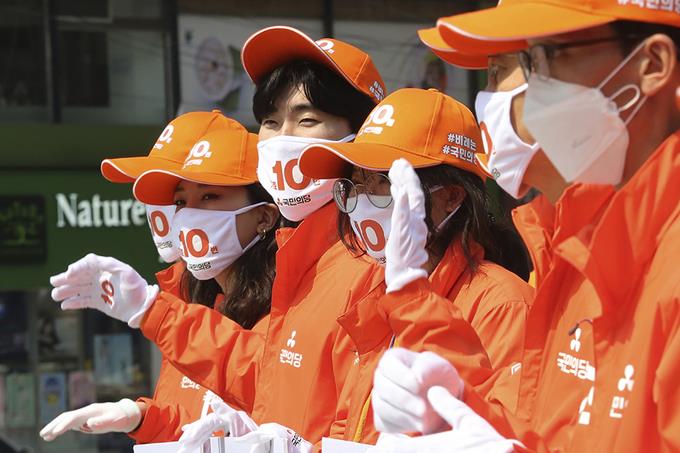 International research reports show the high effectiveness of the correct use of masks as a mechanism of personal protection and to reduce contagion. George Gao, CEO of the China Centers for Disease Control and Prevention (CDC), believes it is "a big mistake". do not use them to avoid virus transmission. 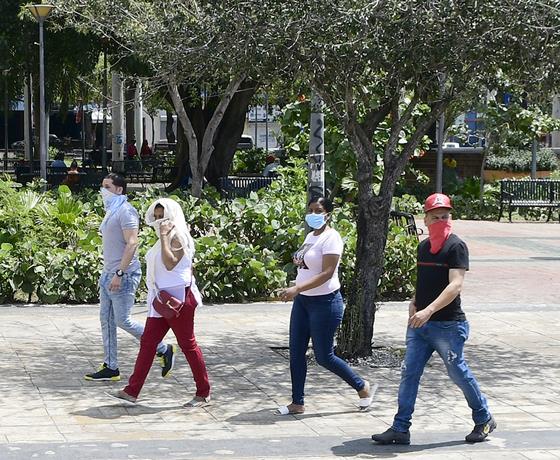 The demand for an official measure that provides for the mandatory use of face protection masks during this crucial stage that the country is experiencing due to the spread of the coronavirus found yesterday the support of the Minister of Public Health. A renowned epidemiologist and the president of the Dominican Medical College embraced the spirit of a Listín Diario proposal.

These professionals are the epidemiologist Carlos Feliz Cuello, the president of the CMD, Waldo Ariel Suero, and the minister of Public Health, Rafael Sánchez Cárdenas, who also supported the cleaning day of the cities scheduled for tomorrow, Saturday, which was also suggested by the newspaper.

As the Dominican Republic is on the highest risk scale of the spread of the Covid-19 pandemic, which has already caused 60 deaths and 1,380 confirmed affected, it should be mandatory for everyone who goes out to wear a mask to protect themselves and avoid infections, according to specialists.

The Dominican Medical College suggests that the government declares its use compulsory for those who go out on the street and that it establish a free delivery mechanism.

Meanwhile, the Minister of Public Health advises using it when mobilizing, especially when going to markets and other spaces where people move. The health and epidemiologist Carlos Feliz Cuello sees its use as an imperative to prevent spread and asks that it is considered “a health tool and not from an economic point of view.”

Research reports and internationally studied results show the high efficiency of the correct use of masks as a mechanism of personal protection and to reduce contagions. Advocates include George Gao, director-general of the Centers for Disease Control and Prevention ( China’s CDC), an expert in combating the Sars-2 and Covid-19 epidemics, believes it is “a great mistake” not to use them to circumvent transmission of the virus among humans.

Those consulted coincide with the indications made yesterday by Listín Diario in its editorial, where it suggests its use become extensive in the country. That every Dominican who is in the streets uses them, protecting their mouth and nose, whether or not they are asymptomatic.

Asked about the use of masks, Dr. Rafael Sánchez Cárdenas, Minister of Public Health, pointed out that now that the country has a community transmission of COVID 19, he recommends people use masks when traveling through or within public areas.

He added as an example that it is not correct to go to the market without the use of masks, because people gather in those places, and recalled that social isolation is the best tool that currently exists to avoid contagion and the spread of the virus.

Meanwhile, for the president of the Dominican Medical College (CMD), the use of masks should be compulsory in the country for everyone who goes out into the street at the current stage of the epidemic in Dominican territory.

Waldo Ariel Suero said that the recommendation that this tool is used only for patients and caregivers was valid in stages one and two of the pandemic, but that it does not apply for now in which the Dominican Republic is in stage four of community transmission.

The president of the union said that he agreed with the indications made by Listín Diario in his editorial yesterday. He added that the suggestion made by the association is that the government is to declare the use of masks mandatory, but that it must guarantee its massive and free delivery to the entire population.

“We favor that everyone who goes out on the street wears their mask,” said the president of the CMD and gave China as an example, where the entire population uses it and the results have been decisive in the face of the epidemic. He understands that the mask should be at this time one more garment within the daily clothing of the population. “Just as you put on your clothes and shoes, so you should use the mask to go outside,” says the leader of the medical union.

He said that currently, there are not enough masks in the country, but that the government must proceed with the mass manufacture of them for distribution to the population for free and end speculation on the prices that are currently available.

The health and epidemiologist, Carlos Feliz Cuello, coordinator of the Information Control Program of the Children’s Hospital Dr. Robert Reid Cabral, assures that it is imperative that in all places where the pandemic is active, all people must use them, accompanied by a quarantine decision and curfew.

He explains that the use of masks has several functions, among which he cites: as a complementary mechanism in containment so that a disease does not spread; to prevent the patient from transmitting it and spreading it and as a general or local blockade, to stop and reduce to a minimum the effects of a disease.

Also, the use of masks should be cultural practice and respect for the citizen. 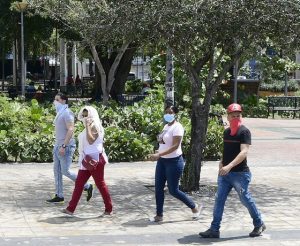 Researchers in Singapore estimate that around 10% of new infections could be caused by people who carry the virus but are asymptomatic. / AP

“In the case of the Dominican Republic, given the unquestionable fact that the authorities have lost control of the spread of the pandemic and the dimension is not known in terms of probable quantity, actual distribution, clinical and subclinical cases. It is therefore imperative that in all places where the pandemic is active, we recommend that all people use them,” said the specialist.

He points out that this is not an economic activity, but one of health. The masks to use should not be of any type, and for the Covid-19, the recommended is the N95 and N100, because of their particular design with a material that blocks the size of the virus.

It warns that in no case should masks sold in different parts of the country be available without any quality control, and only those authorized for use should be sold.

CMD suggests that the government declares mask use compulsory, the Minister of Health advises using masks when mobilizing, and the public health officer assures that use of the protective item is a fundamental tool to prevent its spread.