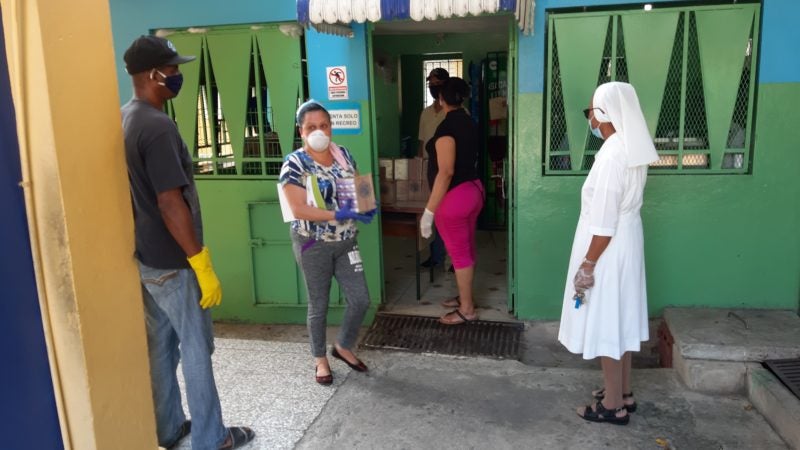 The Ministry of Education (MINERD) reported that the National Institute of Student Welfare (INABIE), successfully completed on Thursday the second stage of delivering food kits to the fathers, mothers, and guardians of students who are in the modality of Extended School Day (JEE).

Through a press release, the institution recalled that the raw food delivery modality in schools of the Extended School Day modality was implemented to prevent the spread of Covid-19.

He also reported that INABIE measures are taken to complete the distribution in some educational centers, where suppliers could not fulfill the established mandate due to individual difficulties.

He explained that the preliminary report indicates that the delivery of food materialized effectively in more than 3,160 educational centers, which has made it possible to guarantee food for the educational community that makes up the JEE.

The MINERD highlighted that the success in the food delivery process that has been going on for two weeks has been based on the discipline and dedication to service of center directors, teachers, administrative personnel, School Police and volunteers.

He said that the process has been developed according to the calendar and the coordination carried out by INABIE with the directors of the centers, complying with all the protocols established to deliver raw food to the parents and guardians of the students.

In this sense, the director of INABIE, René Jáquez Gil, highlighted the order, organization, and civility shown by all those involved in the day. “In these two days of the second stage of delivery of food kits and in the first stage the process was carried out successfully,” said the official.

The institution reiterated that this week two food kits have been delivered to each parent or guardian who collects the supplies on behalf of the students, in order to provide food for two weeks and compensate for the cooked rations that are delivered daily on a regular basis in public centers, as a measure to optimize the food and nutritional security of students and thus avoid exposure of families when leaving home.

The Ministry of Education indicated that in this way it contributes to reducing the risks of contagion and spread of the Coronavirus in the actors of the educational system.

The MINERD also reported that milk and juices have been delivered to educational centers where traditionally school breakfast and snacks are served to students.

Such was the case of the Celina Pellier Educational Center, in the Los Mameyes sector, Santo Domingo Este, where milk and juice equivalent to one week was delivered to each student through their parents or guardians.