Total deaths in DR from Covid-19 increased to 82 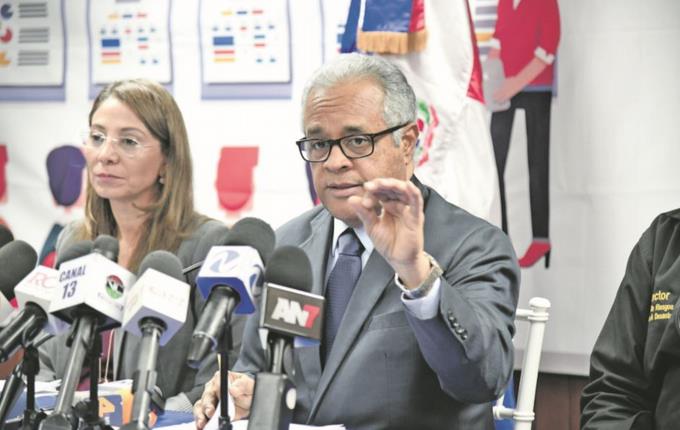 The Health Minister, Rafael Sánchez Cárdenas, said that there are 82 deceased.

The Ministry of Public Health reported that there have been 82 people killed by the coronavirus in the country, with an increase of five more deaths compared to the report on Saturday.

According to bulletin number 17 released by the head of that portfolio, Rafael Sánchez Cárdenas, of the total of deaths, 64 correspond to men, equivalent to 78%, and with an average age of 61 years. Of the total number of patients undergoing tests, the confirmed number rose to 1,745, while 3,348 were released.

17 percent of deceased patients had hypertension and diabetes.

Of the confirmed cases, 220 are in hospital isolation and 1,426 in home isolation. By place of residence, the largest cases of deceased correspond to the Duarte province, with 24; National District, with 12, and Santo Domingo, with 13.

With the positive diagnosis to Covid-19 of the mayor elected by San Cristóbal of the Modern Revolutionary Party (PRM), José Montás, there are four mayors who have contracted the virus.

The first to receive the diagnosis was that of Puerto Plata mayor-elect, Roquelito García, and he was immediately isolated.

Another who tested positive for Covid-19 was Siquió NG de la Rosa, elected by San Francisco de Macorís, who was also isolated in a health center in Santiago after hearing the news.

The municipal executive went to the doctor for presenting the symptoms of the virus, which is why the laboratory samples were made, testing positive for the disease.

Sánchez Cárdenas explained that Cruz Jiminián continues in good general condition and hopes that he will continue to rest at home.

The doctor overcame the critical state that led specialists to intubate him. Since his admission was known, hundreds of people joined in prayer for his recovery.

The retired general of the Army of the Dominican Republic (ERD), Pedro Aguirre Reyes (El Mexicano) died last night. General Aguirre Reyes, brother of the ERD brigade general and chief of the Electoral Military Police (PME), Carlos M. Aguirre Reyes, was afflicted with Covid-19. He was the president of the Haina Nautical Club. He was reported to have been on a cruise ship, where he contracted the coronavirus.