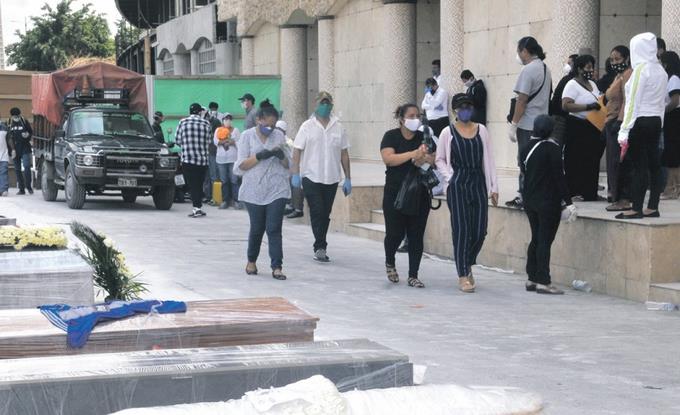 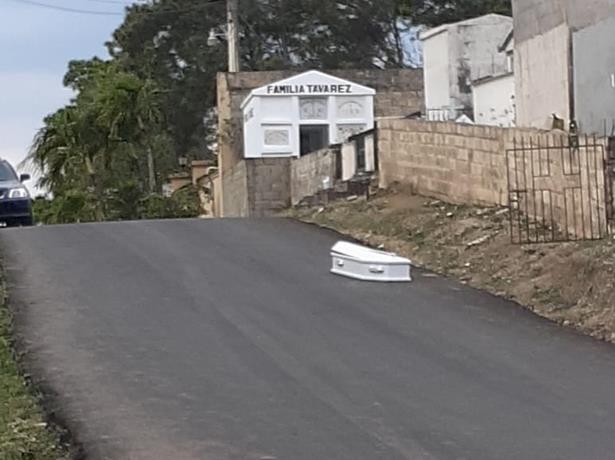 Dying affected by the coronavirus is turning every day not only into heartbreaking pain, but also causing solidarity, integration, and sensitivity of people to die as an effect of the pandemic.

“A brother of mine died from Covid 19 in La Vega, but only four people attended the funeral.

Neighbors did not come close. He died at the Santiago Medical Union and there they gave us the body and ordered us to bury it immediately,” said Juana Solís Ureña.

In some cases, they are leaving coffins with corpses, so that the authorities or people from the communities can bury the deceased.

Last Friday an ambulance left a coffin with the body of a man who died of coronavirus at the José María Cabral y Báez regional hospital in front of the López community cemetery in Baitoa, Santiago.

The lifeless body corresponded to Rafael Fernández, a well-loved man in the area, but only three people attended his funeral. 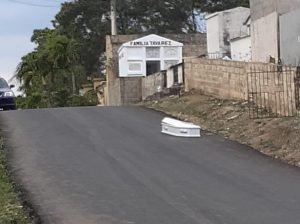 The box with the inert body of the farmer and merchant remained on the highway for about four hours. Even the drivers accelerated the march and the frightened pedestrians when seeing the scene, chose to return to their destinations.

Around 7:00 p.m., a merchant, known as Calín, along with a friend of his and a Zacateca authorized by the mayor of Baitoa, Bernardo López, dug a grave in the cemetery and buried the body.

Neighbors said that a brother from Calín is seriously ill in Cabral Báez, also affected by the coronavirus and that the Public Health authorities ordered the isolation of all his relatives in his home as a preventive measure. But not only the people who die from Covid-19 are being buried with little assistance from relatives and friends.

Mónica Beato clarified that her brother, 56, was taken to the hospital with respiratory and pressure problems and diabetes.

She stressed that despite the fact that the death certificate establishes that her relative did not die of coronavirus, few people, including neighbors, relatives, and others, accompanied her relatives at his funeral.

That same reality occurs in Puerto Plata and other northern provinces and is sustained by the death of the married couple Pedro Martínez, 80, and Mayelin Palin Cambero, 78, in the Ricardo Limardo hospital there.

Mrs. Cambero expired on Tuesday morning when she was transferred to the hospital center with a high fever, body aches, breathing difficulties and other symptoms.

Her sentimental partner, however, died on Sunday night in the same hospital, after presenting a severe respiratory crisis and high fever.

Both resided in the Eduardo Brito sector, known as La Rigola, in Puerto Plata.

“We took them out of the Hospital and took them four days apart to the cemetery to bury them. No one accompanied us; what is happening with this disease is sad,” said a granddaughter of the deceased elderly couple who identified herself as Angela.

The journalist Narciso Acevedo reported that his brother, Ramón Emilio Acevedo, 65, died of coronavirus on the morning of the 1st of this month at the Siglo XXl Medical Center, in San Francisco de Macorís, but they did not receive condolences.

“He was a very dear man in the community, but nobody went to express solidarity and condolences,” said Acevedo.

He said that his relative expired around 4:00 in the morning and that five hours later he was taken to the municipal cemetery of San Francisco de Macorís for his burial and that only his wife, Josefina Salazar, two of his daughters, and Narciso himself attended.

“With this, the coronavirus is even destroying human sensitivity. No one is watching over their relatives, friends and neighbors who die,” Acevedo observed.

“Here, almost everyone knows each other and people keep certain traditions, but now everything has been lost,” said Acevedo.

“He could not have a wake and nobody went to the funeral. That is sad, but you have to understand, everyone is taking care of themselves with this coronavirus issue,” emphasized the Franco-Corisian communicator.

CANDLES only 15 in each chapel.

After the coronavirus pandemic, by order of the authorities, funeral homes do not allow more than 15 people per chapel, the wake time is three hours to avoid contagion. When the person died of lung disease, immediate cremation is recommended.

The Blandino Funeral Home has funerals for only three hours, which are attended by the closest family members and cannot exceed 15 in total. Protectora La Altagracia does not allow more than 10 people per chapel.