COVID-19: the current situation in the Dominican Republic 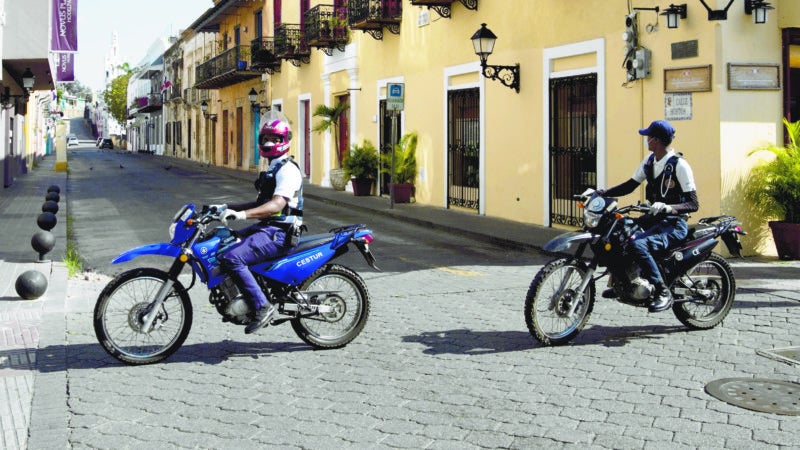 AME193. SANTO DOMINGO (DOMINICAN REPUBLIC), 04/04 / 2020.- Police officers patrol the streets of the Colonial Zone during the quarantine imposed by the Government to contain the expansion of the coronavirus, this Saturday, in Santo Domingo (Dominican Republic). EFE / Orlando Barría

According to official figures from the Ministry of Public Health, referring to April 5 at 6:00 pm and presented this morning, so far we have:
• 1,828 confirmed cases, of which 228 are in hospital isolation and 1,481 in home isolation.
• 86 deaths, for a case fatality of 4.7%.
• 33 recovered and received a medical discharge.
• 3,661 discarded, representing 66% of reported suspected cases.
• Of those affected, 56% are men, and 44% are women; and concerning deaths, 78% are men.
• The mean age of the deceased is 62 years, mostly with a history of high blood pressure, bronchial asthma, and diabetes. As for the most affected provinces are the National District with 696 cases, Santo Domingo province, 274 and Santiago, 204, which are the most densely populated urban centers. However, since the previous note, two more regions have reported a significant number of cases: Duarte (141) and La Vega (109). The first case has become the focus of attention of public opinion due to the high concentration of cases, being the province with the highest number of deaths (26) and due to complaints of lack of medical care.

After 15 days of the declaration of a state of emergency on March 22, the Government has taken measures aimed at strengthening isolation, has ordered health actions to manage suspected and confirmed cases, and has launched two special programs called to mitigate the economic impact of COVID-19.

Regarding isolation measures as a way to reduce the risk of contagion, two main ones can be pointed out:
• Extension of the curfew from 5:00 pm to 6:00 am for an additional 15 days from April 3.
• Police surveillance of populous sectors to control compliance with the curfew.

For their part, the mayors of the National District and Santiago have ordered the closure of public markets.
In the field of health, the following measures stand out:
• Approval of a treatment guide, with action protocols for its administration.
• Purchase of a batch of 50,000 units of hydroxychloroquine.
• Massification of diagnostic tests.
• Call to voluntary health personnel (doctors, nurses, bioanalysts, psychologists, among others).
• Enabling spaces for isolation for four thousand people.

At an economic level, the most recent measures taken by the Government to mitigate the impact of COVID-19 are aimed at the most vulnerable sectors and seek to facilitate food, try to keep jobs and, if this cannot be the case, ensure an income minimum for at least 60 days. Aid would reach approximately one and a half million households. For these purposes, two programs were announced:
• “Stay at Home,” to protect the income of families and informal workers, increasing the quota received by beneficiaries of the Comer es Primero program by 5,000 pesos (about $ 90) for two months (April and May). There are also additional amounts for households with members over 60 years of age and health conditions such as HIV or tuberculosis.
• “Employee Solidarity Assistance Fund” (FASE), to support workers in companies listed with the Social Security Treasury (TSS), and that have closed their operations due to transitory social distancing measures. The minimum contribution for each worker is 5,000 pesos (about $ 90) per month. Employees who earn wages above that amount will receive an unspecified monthly contribution that will be covered by 70% by the Government (up to a maximum of 8,500 pesos, that is, about $ 160) and 30% by the employer.
• According to information from the Ministry of Labor, 655,000 contracts have been suspended in the country as a result of COVID-19. Tourism and Free Trade Zone are the most affected sectors.
Another measure taken is the restructuring of credits to agricultural producers. On an individual level, banks have provided facilities for loans and credit cards to their clients.
It should be noted that, through international cooperation mechanisms, the Government has received $ 2,130,000 mobilized through PAHO.

1. Economic aid packages. The first package of economic measures aimed at guaranteeing macroeconomic stability. It primarily benefited companies in the financial sector to respond to the requirements of their clients, especially the business sector. The most recent package of measures has been aimed at the most vulnerable population in the country, providing them with additional income that allows them to face isolation and, therefore, the reduction of their economic activities. Although these programs are expected to benefit one and a half million households, their real impact may be limited, taking into account that the family basket of the first quintile is RD $ 14,465.46, and the subsidies of the two government programs are of a maximum of RD $ 8,500.

2. Business solidarity. In addition to government measures, the business sector and non-profit organizations have been active, joining the collective effort. Companies have taken steps aimed at protecting their employees; They have also established strategic alliances and cooperation funds to mobilize solidarity resources.

3. Politics and elections. The political parties, more intensely the government party (PLD) and its presidential candidate, have participated in the contingency with proposals for public policies, as well as specific aid to the health sector and the community. This fact has allowed them, in this way, to continue their campaign work before the May 17 elections. The Central Electoral Board maintains its celebration for the stipulated date. Still, voices have already emerged that propose their postponement due to the lack of conditions so that they can be carried out under secure conditions. If the latter happens, new electoral scenarios may be considered, and predicting the outcome of the elections would be more difficult.

4. The electoral key for the government party. Getting it right or wrong in managing the crisis may be the key for the ruling party to improve its pre-crisis outlook, in which it did not seem to have any options for presidential victory to stay in power.

The current context allows you to increase popularity, which, according to the latest surveys, was quite low. The success in the implementation of measures taken by the Government, the level of efficiency it demonstrates managing this crisis, as well as the final balance of infections and deaths, may depend on whether the equilibrium moves in its favor or against it.

5. Labor impact. Teleworking has become a necessity in most companies in the private sector, and little by little, there is a certain level of normality in operations that, by their nature, can be carried out from home. Likewise, concrete efforts are perceived by companies to remain in force in such special conditions and, above all, to prepare for future pressure scenarios, as well as, when the moment of recovery arrives, to be healthy and with concrete plans. The adoption of the intensive use of ICT as a business operating strategy has all the possibilities of remaining as more than a compliment when the pandemic allows returning to work.

Note: This is a technical note that was made by Llorente and Cuenca.