An insignificant subsidy to drivers 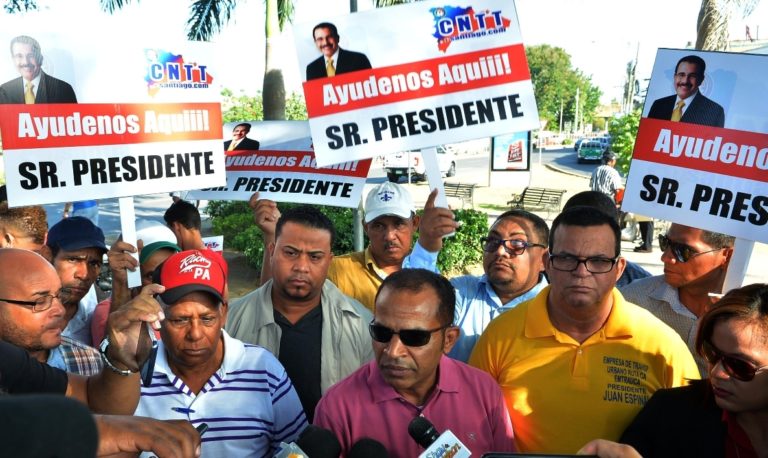 Stock Photography. Juan Marte offers statements to the press, in the company of CNTT drivers.

SANTIAGO. The president of the National Central of Transport Workers (CNTT) described as “symbolic” the economic support the Government has given to transporters, as a consequence of measures with which they have to work due to the coronavirus.

Juan Marte said that the number of drivers who are receiving 2,500 pesos as temporary aid is insignificant, given that 88 percent of them are excluded. “The information that we have been able to verify is that between 10 and 12 percent of the concho drivers (scooter/motorbike taxis) who are on the roll of the National Institute of Transit and Land Transportation (Intrant) have Bonogás cards and that this percentage has been depositing 2,500 pesos,” he reiterated.

“Informal workers also continue to be helpless since most do not figure in any social program of the State, and this creates an inhuman environment,” said Marte.

According to Mars, INTRANT has lagged “because it has ignored the transport sector and users, at the expense of decisions made by other officials.”

For this reason, the president of the CNTT suggested to the Intrant to coordinate disinfection sessions with the Ministry of Health three times a day on public transport, as indicated by the World Health Organization (WHO).
He stated that it would be essential to create an online platform with the driver’s leadership to give or receive support if the state vehicles are not in supply.