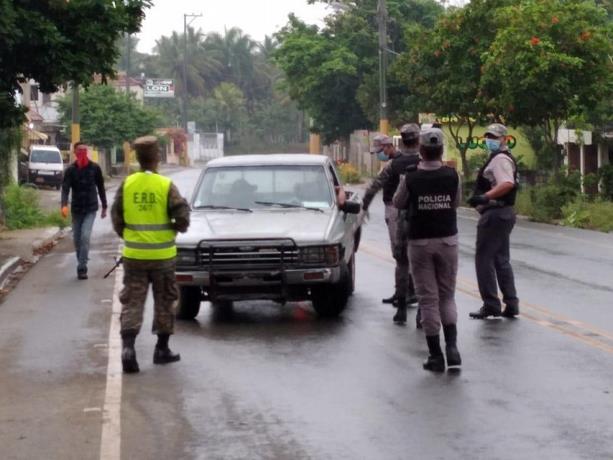 Last Friday, March 20, in the early afternoon, the President of the Republic, Danilo Medina, through Decree 135-20, imposed a curfew that would begin at 8 p.m. on the same day until 6:00 a.m. the next morning to try to counteract the spread of the coronavirus (Covid-19) in the country. That would be the government disposition schedule.

The provision establishes that the person who is caught transiting the streets, through the curfew schedule, will be detained except for five special cases.

According to the decree, these special cases are people dedicated to health services (Doctors, nurses, bioanalysts and paramedical personnel); people with a medical emergency who need to go to a health center; people dedicated to properly identified private security tasks; members of the press and other duly accredited media; personnel of electricity distribution companies to exclusively attend emergency situations vehicles dedicated to the transport and distribution of merchandise, supplies, and fuel, both urban and interurban.

The person who violates that provision may be detained by the authorities and taken to a barracks or detachment.

After pressure from various sectors, both political and social, demanding the extension of the curfew, the president decided that as of Friday, March 27, the measure would start at five in the afternoon. That day 2,481 people were arrested.

April 3 Medina was supposed to end the curfew in accordance with the mandate, but the president issued another decree extending the provision for 15 days.

In that first stage of the measure’s implementation, a total of 24,168 people were detained.

On April 3, the second period of the government disposition began, which maintained the same schedule from five in the afternoon to six in the morning. That first day 1,443 citizens were arrested.

Thereafter, the first three days with less than 1,000 detainees were recorded consecutively. Between April 13 and 15, 938, 943 and 901 citizens were arrested, respectively.

In this second stage, a total of 17,539 people were detained. Less than in the first stage. In total 41,707 citizens have been detained since March 20 to date.

A third stage began on Saturday, announced by decree last Friday. Despite the rumors that this time the curfew would be up to 24 hours a day, it will, in fact, continue with the same hours from five in the afternoon to six in the morning. A curfew is a measure that a government establishes in exceptional situations to limit free movement on the streets and permanence in public spaces.

The person who violates that provision may be detained by the authorities and taken to a barracks or detachment. Normally these measures are taken in circumstances of wars, natural disasters or circumstances that could end in conflicts or revolutions.

Free movement on the streets and permanence in public spaces are fundamental rights of the people, enshrined in the Constitution of the Republic. The only way to curtail that right is as the president has done after the National Congress approved the state of emergency throughout the country.

Normally these measures are taken in circumstances of wars, natural disasters or circumstances that could end in conflicts or revolutions.