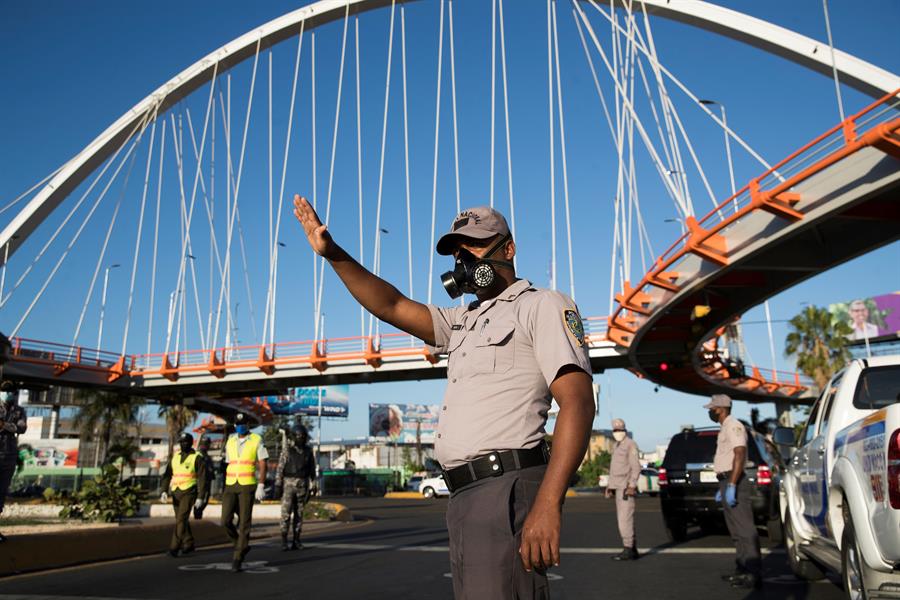 SANTO DOMINGO, Dominican Republic.- More than 30 law professors, from different universities in the country, expressed their concern about the behavior of the Dominican authorities vis-à-vis the population, within the framework of the particular rules that govern this state of emergency.

Through a brief sent to the local press, the teachers recalled that “a law that provides for sanctioning measures for violating the curfew is not enough, but also that the sanctions must be reasonable and must address to the purpose sought with the limitation to the human right in question.” They also stressed that “the legislator can only regulate the freedoms of transit, assembly, and association. Therefore, until the Legislative Power issues a law that establishes the consequences of curfew violations, the police and military authorities must not engage in illegal practices, which result in arbitrariness and forms of torture, contrary to the constitutional text.”

The document circulated this Monday, May 4, emphasizes that a clear legal framework must be established since the right to personal liberty has not been suspended because deprivation of freedom is the exception and the rule of law is liberty.
They warned that disproportionate and arbitrary use of force and degrading practices had been denounced, as well as the irregular imposition of pecuniary sanctions and the confiscation or kidnapping of property, all without any law regulating such acts.

They affirm that these actions must be stopped, and the state, as a whole, must instruct its officials on the improvement of their practices and provide them with an adequate legal framework for actions to reduce contagion and fight against the spread of the disease.

The signatory teachers consider that “the municipal, police and military authorities should refrain from making disproportionate uses of force, from applying or collecting economic sanctions, from seizing or kidnapping people’s property and from illegal restrictions on freedom, since these practices without legal basis, violate fundamental rights of people. Only by law can such measures be imposed, since a decree, as an administrative act issued by the President of the Republic, is not a valid normative instrument for limiting human rights.”

In this regard, they recommended to the competent authorities: 1. to refrain from disproportionate use of force, imposition and collection of economic sanctions, restrictions on freedom and seizure of property, as measures to address the violation of curfew; and 2. that the Legislative Power meet urgently and adopt laws that address the punitive measures not necessarily criminal proceedings – that are reasonable and constitute the best means to achieve the objective pursued by the declaration of the state of emergency, that is, to stop the spread of the COVID-19 virus.