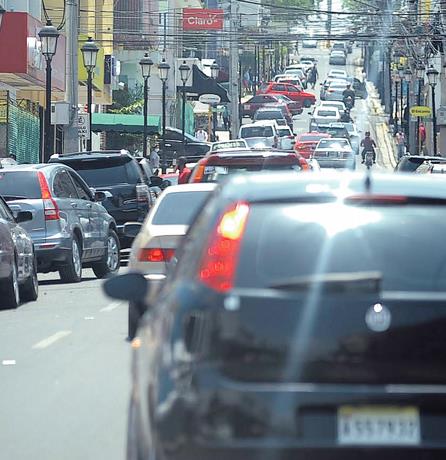 The congestion of streets and avenues was evident with blockages and crowded people in public places.

As the days go by, normality approaches this city, where, contrary to 15 days ago, at least from six in the morning to 3.30 pm, everything is normal. Blockages have returned to the streets, and people are crowded in public places regardless of the risks of coronavirus.

Before 5 in the afternoon, it is common to see people playing dominoes, drinking alcoholic beverages, and doing other risky activities.

All avenues and streets, in the historic center and the metropolitan area, from 7:00 pm to 3:00 pm, are blocked, mainly in the morning.

Thousands of people crowded the commercial establishments authorized by the authorities to operate.

Meanwhile, other unauthorized venues, although to a lesser extent, reopen their doors. Some offer services to their clients, secretly, as is the case in some barbershops, salons, mechanical workshops, and spare parts stores.

It highlights the fact that there are few peddlers to be seen on the streets. However, there is a modality in which people offer agricultural products, food, and vegetables in vans, and the prices are affordable, according to buyers.

“I am not challenging the authorities, I never would, but I cannot bear this situation, and I reopened because I have to pay for electricity, water, telephone, and other services. My family and me, we need to eat,” said the owner of a spare part on J. Armando Bermúdez Avenue, who yesterday kept its doors open.

Other merchants said the government should allow their businesses to operate but in compliance with the health protocols established by the Ministry of Public Health.

Slight incidents originated in some of these establishments when people who lined up expelled several who came without masks.

After five o’clock in the afternoon, many people climb onto the roofs of residential and commercial buildings to fly kites.

At least two men have been electrocuted in Santiago while trying to climb light poles to rescue kites that had become entangled in power lines.