The quarantine partly calms the Dominicans’ “appetite” for noise 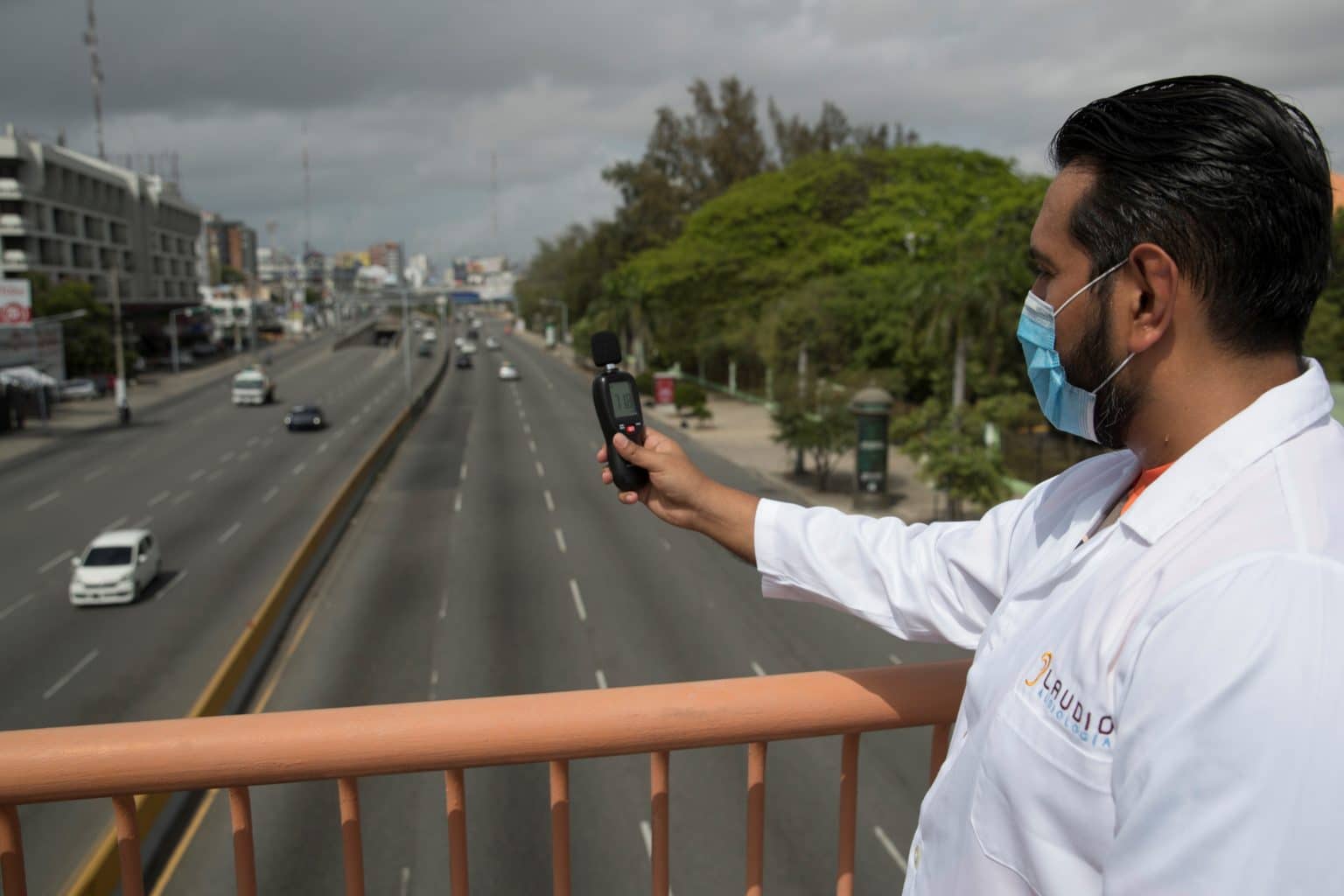 Although the quarantine established against the coronavirus has managed to mitigate the daily noise in Santo Domingo, it has done so unevenly and, in certain sectors, the atmosphere of uproar prior to the arrival of COVID-19 remains almost unchanged. EFE / Orlando Barría

SANTO DOMINGO, Dominican Republic.- Dominican towns are noisy. Although the quarantine established against the coronavirus has managed to mitigate the daily noise in Santo Domingo, it has done so unevenly and, in certain sectors, the atmosphere of uproar prior to the arrival of COVID-19 remains almost unchanged.

Literature Nobel Laureate Mario Vargas Llosa referred to “that appetite for noise. (For the noise, not for the music) », in” La fiesta del Chivo,” a novel that takes place in the second period of the dictator Rafael Leónidas Trujillo in power (1942 to 1952).

The uproar resulting from the mixture of voices, engines, and music, is measurable with a sound level meter that, in Pintura, a sector halfway between the working-class neighborhood and an industrial estate, exceeds 90 decibels, according to the device the technical director of audiology of the Laudio company, Juan Carlos Oleas uses.

With these acoustic measurements, Oleas wants to demonstrate the mistreatment that the eardrums receive from Dominicans on a daily basis and check the difference in the noise level during and after quarantine so that it will return to the same points, sound level meter in hand, with the object of being documented.

From 85 decibels “is already considered a high exposure to noise,” Oleas said in statements to Efe after making sound measurements in various parts of the capital and noting that in Pintura, as in other popular neighborhoods, the sound level remains too high despite the restrictions derived from the state of emergency decreed on March 19.

Exposure to sound to which traffic control officers are subjected for hours, who are at risk of “hearing loss associated with noise, over time,” a deterioration that can also affect workers who clean the streets with leaf blowers, the most outrageous gadget and they operate for hours.

The sound level meter captures a noise level similar to the first, of up to 88 decibels, when it is located next to these operators while they perform cleaning tasks in the Colonial City without the hearing protection that, according to the expert, “should be mandatory” for these workers.

At the intersection of Avenida 27 de Febrero with Abraham Lincoln, one of the main intersections in the center of Santo Domingo, where there is usually a very high circulation of vehicles, with the consequent scandal, the noise has been reduced.

The apparatus marks between 75 and 80 decibels, tolerable levels that will increase again when the restrictions are lifted until they become “harmful,” Oleas said.

Back to Colonial City which follows the descending progression. In the Plaza de España, deserted since the beginning of the quarantine, about 55 decibels are registered, which do not pose any problem for the eardrums in the face of the characteristic uproar generated by tourists, street musicians, restaurants, children and the elderly, in addition to the nearby Don Diego port terminal.

The quietest place is near there, in a secluded plaza in front of the Nicolás de Ovando Hotel, where you can only hear the birds trill and the flapping of the pigeons when they take flight. The sound level meter at this point shows an innocuous 45 decibels.

But silence, what is called silence, comes at night, already during the curfew in force from five in the afternoon.

This absence of noise was unusual until the arrival of the coronavirus and that, probably, will be one of the few things likely to be missed when everything returns to normal.