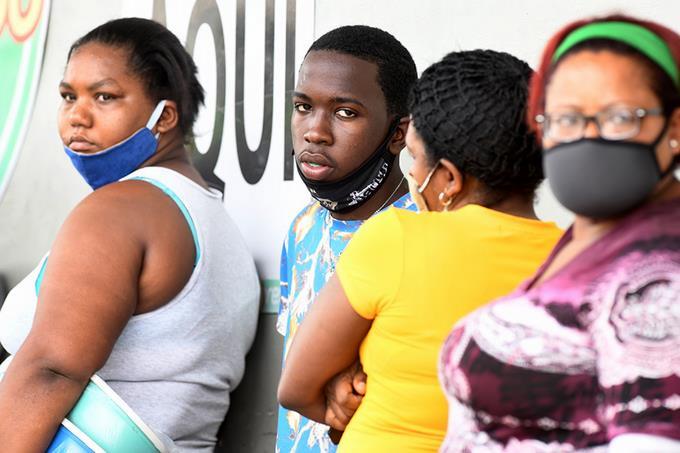 The violation of the distancing measures made by the users of the Santo Domingo Metro on the first day of the reopening of the economy is not a parameter to start measuring the effectiveness of this first phase of de-escalation, but rather to respect the distancing, the use of masks and hygiene measures will guarantee the other phases.

This was reported by the Minister of Public Health, Rafael Sánchez Cárdenas, who said that we must wait to see the development that the population will have on a day-to-day basis since that has not been widespread behavior.

“In general, I think that as a first day we will wait later on how citizens will behave in compliance with the indications that are exactly the same that have been held,” the minister said Thursday morning.

As the first phase began on May 20, the minister said that for the second phase that takes effect on June 3, there is a period of approximately 14 days, which is the incubation cycle of the virus, and this will allow him to measure the effect of easing mitigation.

He admitted that the distance will be more and more difficult because the opening leads to more people circulating.

“Openness leads to the fact that as more and more people will be circulating, logically, it will become more difficult to maintain distance, but the use of masks, hygiene measures, will guarantee the place,” he said. the minister.

He urged citizens to maintain a prudent attitude, to avoid the spread of coronavirus, which this Thursday had claimed 448 lives and a total of 13,657 confirmed cases.

Last Sunday, the President of the Republic, Danilo Medina, reported that during this first period of de-escalation, citizens could use the State’s means of transport: the Santo Domingo Metro, the Cable Car and the buses of the Metropolitan Office of Bus Services (OMSA ).

As a distancing measure, the Government ordered that only 30 percent of the capacity of these transport systems be available. However, according to images captured within the Metro, people violated social distancing.