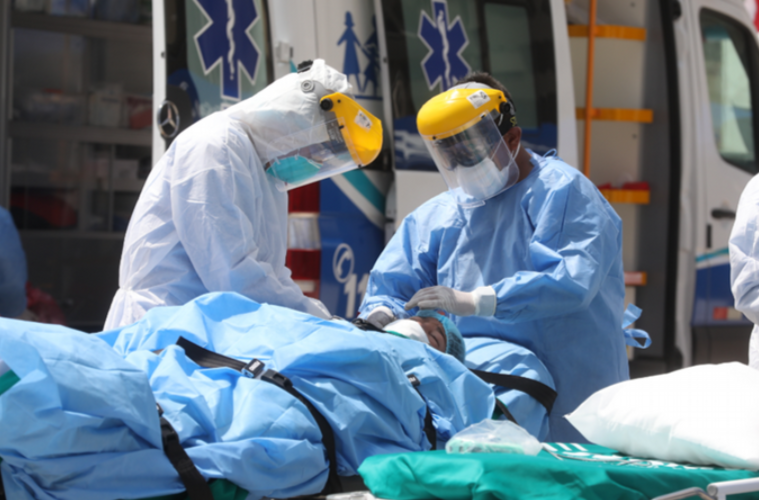 Deaths remain the same: 28 for both weeks

During the first seven days of the second phase of the economic and commercial de-escalation that began in the country on day three, 2,375 new cases of Covid-19 were registered, about 129 more than those reported in the first week of the first phase of the de-escalation, started on May 20, when the report of new cases was 2,246.

Meanwhile, the number of deaths maintained a similar behavior with reports of 28 deaths in both weeks.

Meanwhile, on May 20, when the first phase of economic and commercial reactivation began, the epidemiological report recorded a cumulative of 13,657 confirmed cases, 448 deaths, a 3.28% fatality, and 7,364 confirmed cases.

The third phase of the de-escalation is scheduled to start on the 17th of this month with a greater opening of commercial and economic activity, while the cases of Covid continue to increase, especially in Greater Santo Domingo.

The cases of infections and deaths in the country by Covid-19 continue to increase in the country, with a higher incidence in Greater Santo Domingo.

According to the special bulletin number 82 released yesterday by the Ministry of Public Health until yesterday in the country, five new deaths were registered due to the disease, all registered in the National District, to reach a cumulative 544 deaths from the beginning of the epidemic, while 289 new positive diagnoses were registered for a total of 20,415 confirmed.

Likewise, some 12,208 people have been discharged after recovering from Covid-19, while 2,554 are in hospital isolation and 5,109 in home isolation.

The report highlights that 116 patients are admitted to the Intensive Care Unit; 58.62% in health centers in Greater Santo Domingo, 26.72% in Santiago, and 6.03% in the Duarte province. The Santo Domingo province continues to be the area with the most cases of infection, with a cumulative 5,607 cases, of which 83 were new in the last 24 hours, followed by the National District, with 5,103 cases, 48 ​​of them newly registered. Santiago with 1,563 accumulated and of the 5 new contents in the last report.

Greater Santo Domingo has the highest death rate by place of residence with a cumulative of 100 deaths, the National District 85, the province Duarte 84, Santiago 76, La Vega and Puerto Plata 29 deaths each.

Public Health urges to continue reinforcing social distancing measures, the use of a mask, and avoiding places of high attendance.