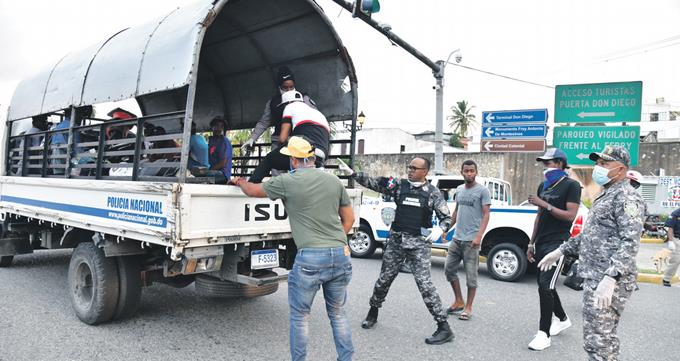 The Police have detained thousands of citizens in clear violation of the curfew in different parts of the country.

More than 2,600 people have been detained since the schedule changed for eight o’clock curfew night on June 14.

The provision was established in March by decree of the Executive Power to counteract the coronavirus (Covid-19).

According to the body of the order from June 1 to date, 9,503 people and 278 closed businesses were arrested, some of them sanctioned with fines and community services for violating the curfew.

People were detained in different sectors of the National District and the different provinces of the country, from 7:00 in the afternoon to 6:00 in the morning at the national level, which was later amended to 8 at night.

The people arrested in the operations carried out by the National Police were sent to the different prosecutor’s offices in the country, where violators have been fined, carried out community work consisting of street cleaning and garbage collection. During the curfew, several people were also arrested for drug trafficking, migrant smuggling, gender violence, sexual abuse, femicides, homicides, robberies, and thefts.