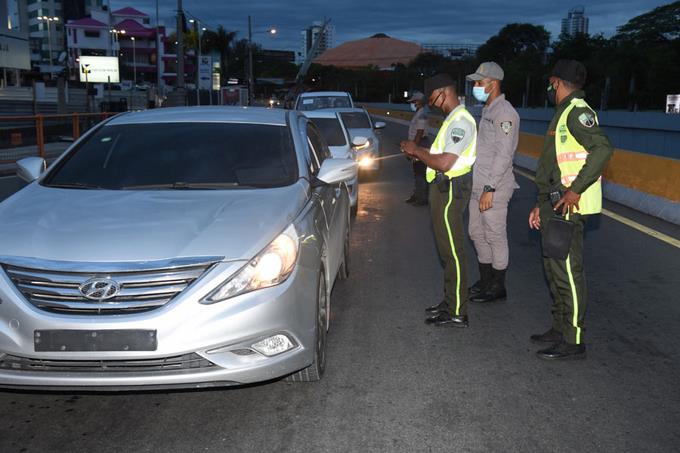 During the first week of this new curfew, 5,817 people have been apprehended and 386 businesses have been closed. The highest number was registered on Tuesday 21, with 1,436 detainees; while on Father’s Day (last Sunday), 1,416 citizens were arrested.

After those days, no more than a thousand prisoners have been registered per day.

This represents a considerable decrease compared to the first week of the first stage of the curfew, from March 20 to 27.

The decrease in detainees is due to the fact that this time there are more freedoms and permits to move and some companies have the right to operate even during curfew hours. Article 4 of Decree 266-20 details that during the curfew people dedicated to health services, such as doctors, nurses, bi-nationalists, paramedical personnel, and pharmacists, can circulate.

Also, those who a medical emergency and need to go to a health center or pharmacy.

Those dedicated to properly identified private security tasks may be present during the curfew. Members of the press and other duly accredited media.

This government provision began on the night of Tuesday, July 21 with the particularity that the hours were decided depending on the demarcation.