Reminder: New curfew goes into effect today in the DR with the same hours schedule 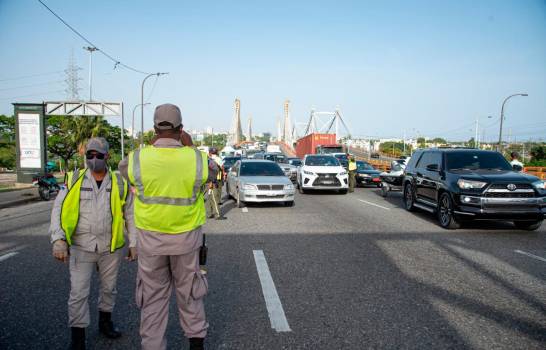 Many citizens were caught by a curfew on the streets this Saturday, as seen in the flow that was on the Bosch bridge. (DIARIO LIBRE / DANIA ACEVEDO)

The new curfew decreed yesterday by President Danilo Medina comes into effect today with the same hours as the previous one, that is, Saturdays and Sundays from 5:00 p.m. to 5:00 a.m., and Monday to Friday from 7:00 at night to 5:00 in the morning in Greater Santo Domingo and other provinces with a high incidence of COVID-19.

The extension of the curfew throughout the national territory is for 25 days under the state of emergency, approved by the National Congress.

The measure will be in force beyond the current constitutional period, which ends on August 16, but in his decree, Medina establishes that the president-elect, Luis Abinader, can review it.