In just three days, the Dominican Republic registered 63 new deaths due to pandemic 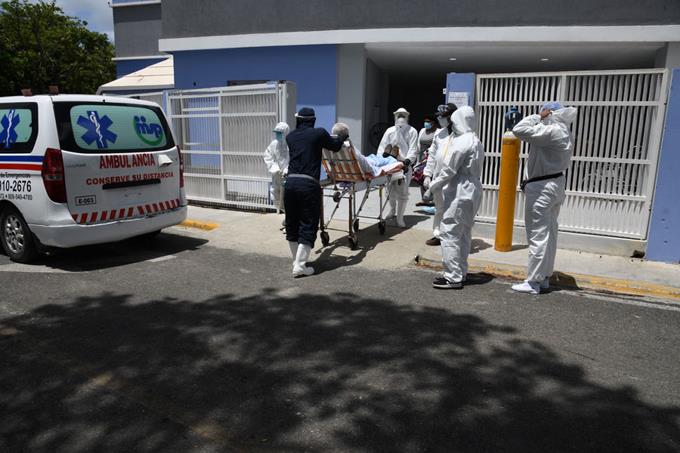 The country reached the figure of 1,648 deaths from the virus yesterday.

Deaths from Covid-19 continue to generate significant concern in the country, with an official record of 63 deaths in the last three days for cumulative 1,648 deaths. However, cases confirmed as positive have shown a reduction in the positivity rate.

Yesterday, the Covid surveillance system notified 18 new deaths, which are added to 17 deaths reported the previous day and 28 that had been registered last Wednesday, for 63 in the previous 72 hours. Most of the new deaths were recorded in centers in Santo Domingo and Santiago with three and seven cases, respectively, and San Cristóbal with three recent deaths.

While the number of patients in critical conditions admitted to intensive care units also registered an increase in the last hours, going from 226 notified last Thursday to 233 yesterday, mostly hospitalized in establishments in Greater Santo Domingo, Santiago, and Duarte.

While the records of new positive cases of Covid-9 have shown a reduction compared to previous weeks, the positivity rate of the last four weeks standing at 29.41%, according to the special bulletin 162 issued yesterday by the General Directorate of Epidemiology.

Yesterday, 426 new positive cases of Covid-19 were registered out of a total of 2,466 samples processed, of which only 181 were carried out in the National Laboratory. The accumulated number of cases confirmed as positive for the virus in the country is 93,390.

For a few days, the epidemiological system has been recording practically only the results of the samples that are processed in private laboratories due to technical difficulties presented by the Dr. Defilló National Laboratory, which is where the samples taken in hospitals and other health facilities in the public network are processed.

According to the epidemiological report, people who have overcome the virus add up to 65,285 cases, while about 26,457 remain with the virus active.

The fatality rate is 1.76 percent, while the mortality rate per million inhabitants is 157.73.