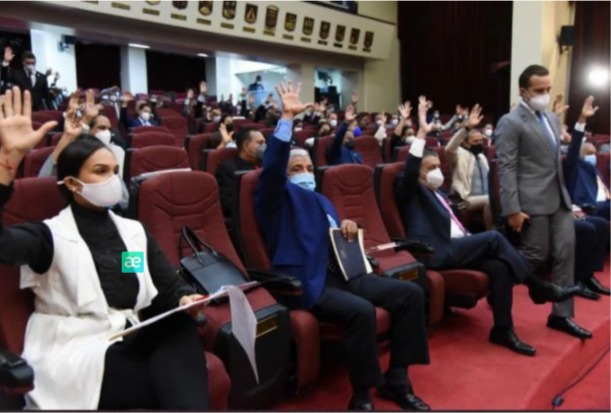 The members of the political party benches in the Chamber of Deputies yesterday approved the 45-day extension of the national state of emergency due to the Covid-19 pandemic.

The Chamber of Deputies approved yesterday, Friday, the extension of the period of a state of emergency for 45 days, after President Luis Abinader presented the request on Wednesday 26 of this month.

The petition, which will go into effect on September 3, is scheduled to end on October 18.

The Senate approved it last Wednesday, and now it must be promulgated by the Executive Power for immediate application.

This extension request is Abinader’s first since he assumed the presidency of the Republic on August 16. Former President Danilo Medina requested the state of emergency that the country is experiencing to the National Congress in July.

This is the second time such an extensive state of emergency has been requested. The first, also for 45 days, was ordered on Wednesday, July 15.

The request of the Executive Power was presented in the middle of the transition process from the transfer of command from the Government of Medina to that of Luis Abinader, winner of the elections on July 5, with 52.52% of the electorate.

Under the state of emergency, the Government acquires special, temporary powers to handle an immediate threat to the country when warranted.

These special powers include the provision of restrictions, for the time necessary, of the freedoms of movement, association, and assembly of persons.

All these are measures taken by the State and carried out to continue the fight against COVID-19. This virus has infected 93,390 people in the country, claiming the lives of 1,648 infected, according to the latest report from the Ministry of Public Health yesterday.

Under these powers of restriction to citizenship, the Executive Branch headed by Medina decreed on August 8, the extension of the curfew “reviewable by the new authorities that will take office on August 16, 2020.”

According to statements given this week by President Luis Abinader, the Government will take all necessary measures to reduce the spread of the coronavirus, ensuring that current actions will be maintained since, in recent days, the spread of the virus has decreased.

“And that is why in that balance, between health first and also the different activities, as the contagion curve has already been decreasing, we decided to keep it that way,” he said at a press conference at the National Palace.