The Covid effect maintains a downward trend in the Dominican Republic 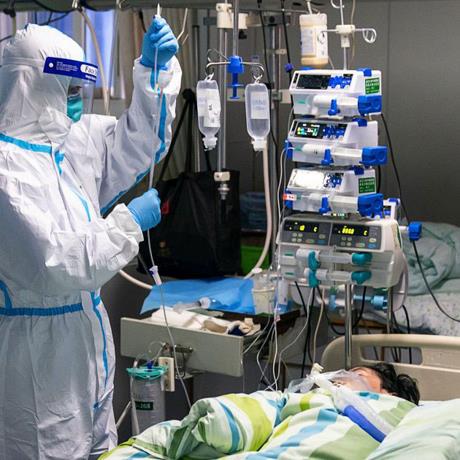 After the peak registered by the Covid-19 epidemic last July in the country, its curve continues to show a downward trend in both positivity and occupation of regular hospital beds and intensive care.

The downward trend is observed in the official reports contained in the daily special bulletins issued by the General Directorate of Epidemiology of the Ministry of Public Health on the disease’s behavior in the Dominican territory.

Yesterday the positivity rate was 28.36% of the samples processed in the last four weeks, while on July 25, it was 33.10%. There were 220 patients admitted to Intensive Care Units. In comparison, there were 277 patients in critical care on the date mentioned above, with high pressure of care in emergency services and regular beds for Covid patients.

The opposite has occurred with the general fatality rate for Covid, which shows a slight increase. Yesterday it was at 1.78%, while on July 25, the special epidemiological bulletin established it at 1.69%. The accumulated deaths were 1,063 cases, and the accrued positives were found in 62,908 patients.

In the 164th bulletin released yesterday, eight new deaths were registered for an accumulated of 1,681 deaths, and 509 new cases of people confirmed as positive were reported for 66,776 patients.

However, it should be noted that most of the reported samples have been processed in private laboratories, since Laboratorio Nacional Dr. Defilló yesterday processed only 16.7% of the instances reported, contributing 45% of the positive cases reported.

Yesterday’s official report indicates that 25,784 people remained with the active virus yesterday, of which 7,480 are in hospital isolation and 18,304 in home isolation.

The system has captured 273 health workers as positive for Covid-19, of which 64.10% corresponds to the female sex.

The deceased’s median age is 68 years, with an interquartile range from 54 to 77 years.

66.15%, that is, 1,112 of the deceased are men, and the most frequent comorbidities are arterial hypertension in 36.47% and diabetes in 23.74%. The official report explains that deaths have decreased in the last three weeks by date of occurrence.

The elderly are being affected mainly by fear of contagion; uncertainty by not knowing exactly how long it will be in those circumstances, says clinical psychologist Claudia Geraldino Chupani.