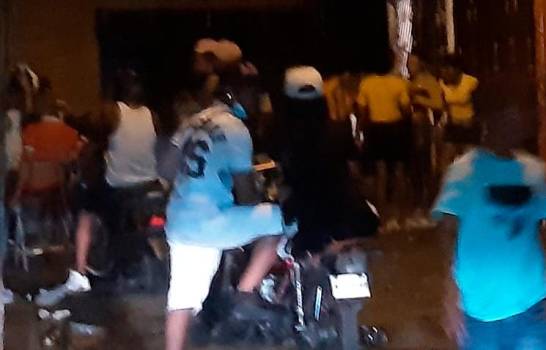 In the popular sectors of the Santo Domingo East municipality, curfew violators (mostly young people) also make fun of the new police authorities, as they did with the previous ones.

When the curfew begins, starting at 7:00 p.m., the transgressors ignore the provisions to prevent the expansion of COVID-19, which reached 1,710 deaths and 94,715 accumulated cases.

In those places, because the beverage centers are closed, young people are gathered in the streets with loud music in violation of social distance and masks, according to the networks’ videos that reach the Diario Libre Newspaper Office. The cases mainly occur on Sundays.

In Brisas de la Charles, a sector that belongs to Mendoza, the agents stopped patrolling as they did before, according to some residents who asked to omit their names.

They stated that this Sunday, August 30, hundreds of young people organized a party in one of the streets, not complying with all the measures against the pandemic and that when they left the place, they left the glass, bottles, and garbage in the streets. There was a white car with music blaring, according to what they reported.

According to one of the people, the locals called the Invivienda detachment by phone and reported the situation through the Police App, but it was all a waste of time. They never came to the place to restore order.

Due to the lack of patrol in that place, young people from other sites ride at these parties, said one of the people who complained about the situation.

All this happens days after the announced measures of President Luis Abinader and the new director of the National Police, Edward Sánchez González. They indicated that patrolling would be increased and that they would be more drastic with the violators of the measures to avoid the contagion of the COVID-19.

To do this, they increased 10% incentives to members of the Police and military and added more agents to the streets. However, since before the last government came out, the police officers no longer went to the Brisas de la Charles sector.