The curfew was not respected even at 9 p.m. 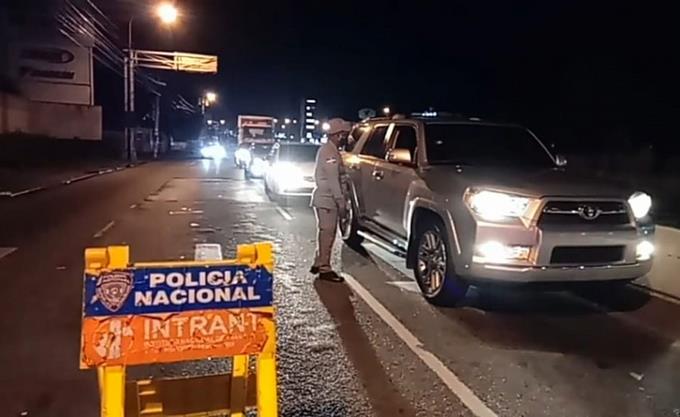 The Police will remain on the streets during the new curfew hours. DAILY LISTIN /

President Luis Abinader yesterday issued Decree 504-20 that restricts circulation between 9:00 at night and 5:00 in the morning.

At the edge of 9:00 yesterday night, when the new curfew hours established by the government came into force, numerous shops, including grocery stores, gas stations, supermarkets, fast food restaurants, and others, continued to provide services.

Even when the streets were expected to be empty, vehicular traffic attracted attention, and long lines formed at the checkpoints. Reporters from LISTÍN DIARIO walked along Independencia and Máximo avenues.

They also strolled Gómez, February 27, John F. Kennedy, Rómulo Betancourt, Winston Churchill, and other critical commercial arteries, where it was observed people eating pizzas, hotdogs, sandwiches, chickens, and other fast foods, around 8:20 at night without worrying that the time to be home was near.

While in neighborhoods of “Los Kilometres,” loud music, crowds of people, drinks and fun, drew the attention of those who passed through that area.

In the same way, at kilometer 12 of Haina, when the curfew was barely a few minutes away, people showed little interest in staying in their homes, since in some alleys, the fun was in progress. They ignored the time, and they did not carry their driving licenses, the policemen and guards posted at the different checkpoints did not compromise. “But the government delayed the beginning of curfew by two hours later, and you have not readjusted your time yet. So, we are in the same situation as before even so and this cannot be,” a guard told a young woman who did not have a driving license and allowed her to go home, she gave him several excuses.

The Executive Power issued Decree 504-20 with which it formalizes the reduction of two hours to the curfew in the country, effective since last night.

The Executive only modified the hours of the curfew and ratifies the mandatory use of masks in public and private places as an essential measure to control the spread of COVID-19.” The presidential measure ends on October 17.

Circulation.
During curfew hours, circulation is only allowed, according to the decree, to people related to essential activities and services, including health personnel, such as doctors, nurses, nurses, bioanalysts, paramedical personnel, and pharmacists.