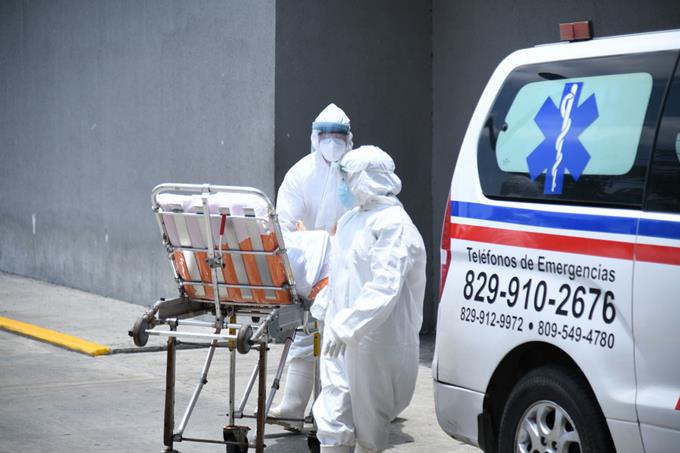 Bed occupancy remained 23% yesterday with a total of 803 patients admitted.

Some 10 provinces of the country have registered less than 500 cases diagnosed as positive for the Covid-19 virus by a laboratory test, with Elías Piña, Dajabón, and Hato Mayor being the ones that report the fewest cases to the system with an accumulated number of 218, 231 and 284, respectively, from March to date.

The other provinces that fall into that line of less than 500 confirmed positive cases are Samaná, El Seibo, Independencia, Monte Cristi, Santiago Rodríguez, Monte Plata and San José de Ocoa.

The rest of the 32 provinces into which the country is divided present confirmed cases above these figures. According to official records, those with the highest population density and economic movement are the ones with the highest number of cases diagnosed through laboratory tests.

The special bulletin number 195 issued yesterday by the National Epidemiology Directorate of the Ministry of Public Health records four new deaths from Covid. One occurred in the last 24 hours. To date, Covid-19 has caused the death of 2,105 patients, more than half of them were based on diseases such as diabetes or hypertension.