Authorities will apply a “strong hand” against violators of sanitary measures 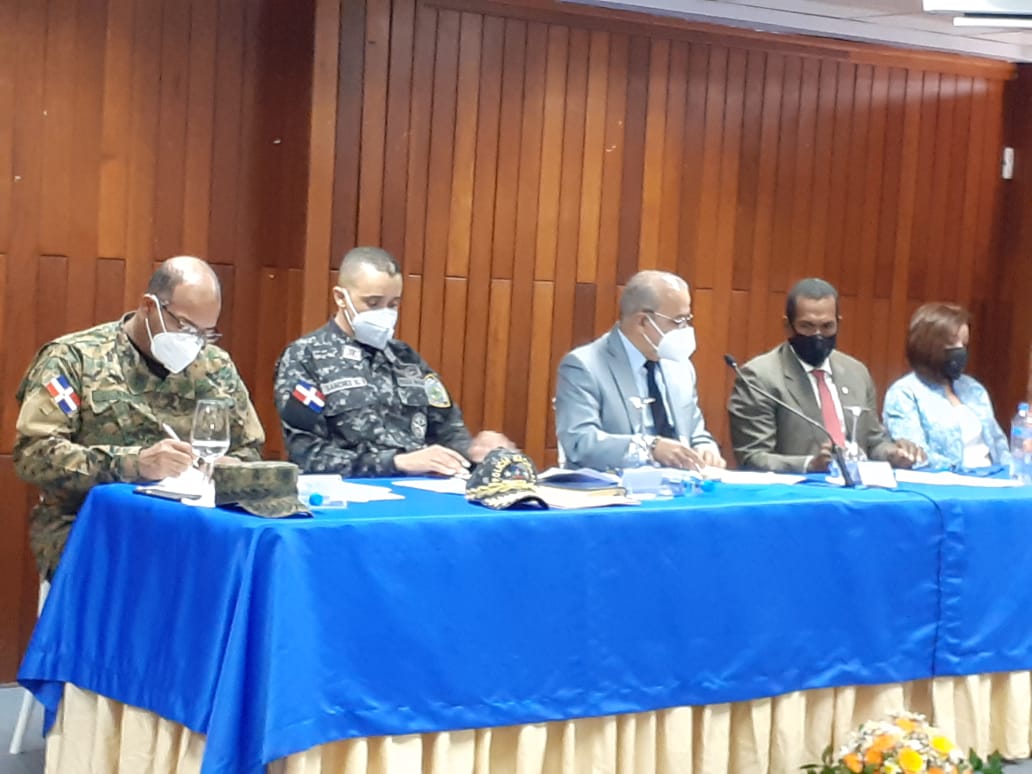 The ministries of Public Health, Interior and Police, Defense, and the National Police signed an agreement this morning, seeking to apply more forceful sanctions for violating government and health regulations by commercial establishments and citizens.

The actions that the authorities self-define as “forceful” seek to prevent citizens from continuing to ignore the curfew, physical distancing, use of masks, and other coronavirus preventive measures.

According to the deputy minister of the Ministry of the Interior and Police Jesús Féliz, to guarantee compliance with the protocols and sanitary provisions, the agreement establishes the continuous surveillance and supervision of businesses throughout the country.

Although it is the first time that the Ministry of Public Health has signed an inter-institutional agreement with the country’s security organizations, none of the sections of this pact are new for the sector of the population that continues to disobey the measures. Faced with this problem, Féliz pointed out that now the sanctions against violators of the sanitary provisions will be more forceful.

“This interinstitutional agreement seeks, on the one hand, to dismantle those permits that are not endorsed for people who need it and everyone who has it we must warn that, as of tonight, in the joint action of the National Police and the military bodies “The competent authority has not issued anyone who carries a permit that we determine will, unfortunately, have a regime of consequence that will be their arrest,” he warned.

The military bodies and Public Health inspectors were instructed to verify the validity of the circulation permits, the strict compliance with the provisions, the arrest of those who violate them, and the shops’ closings.

“If we see a commercial establishment open in the face of the descent of the Public Health inspector accompanied by agents of the National Police, a record will be drawn up and translated into action by the Justice, the establishment will be closed, and a jurisdictional body must determine if it has violated the legal provisions contained in the General Health Law.”

He continued: “It will be a method of coercive persuasion, you understand because you have a conscience or you understand why they make you comply,” said the vice-minister before the insistence of journalists on the actions that the authorities would take so that on this occasion the population obeys the national curfew.

The agreement was signed between those responsible for the institutions of the Minister of Public Health Plutarco Arias, the Minister of Defense Carlos Díaz Morfa, the Vice Minister of the Interior and Police Jesús Féliz, on behalf of its head Jesús “Chú” Vásquez, and the director of the Eduard Sánchez Gónzalez National Police.