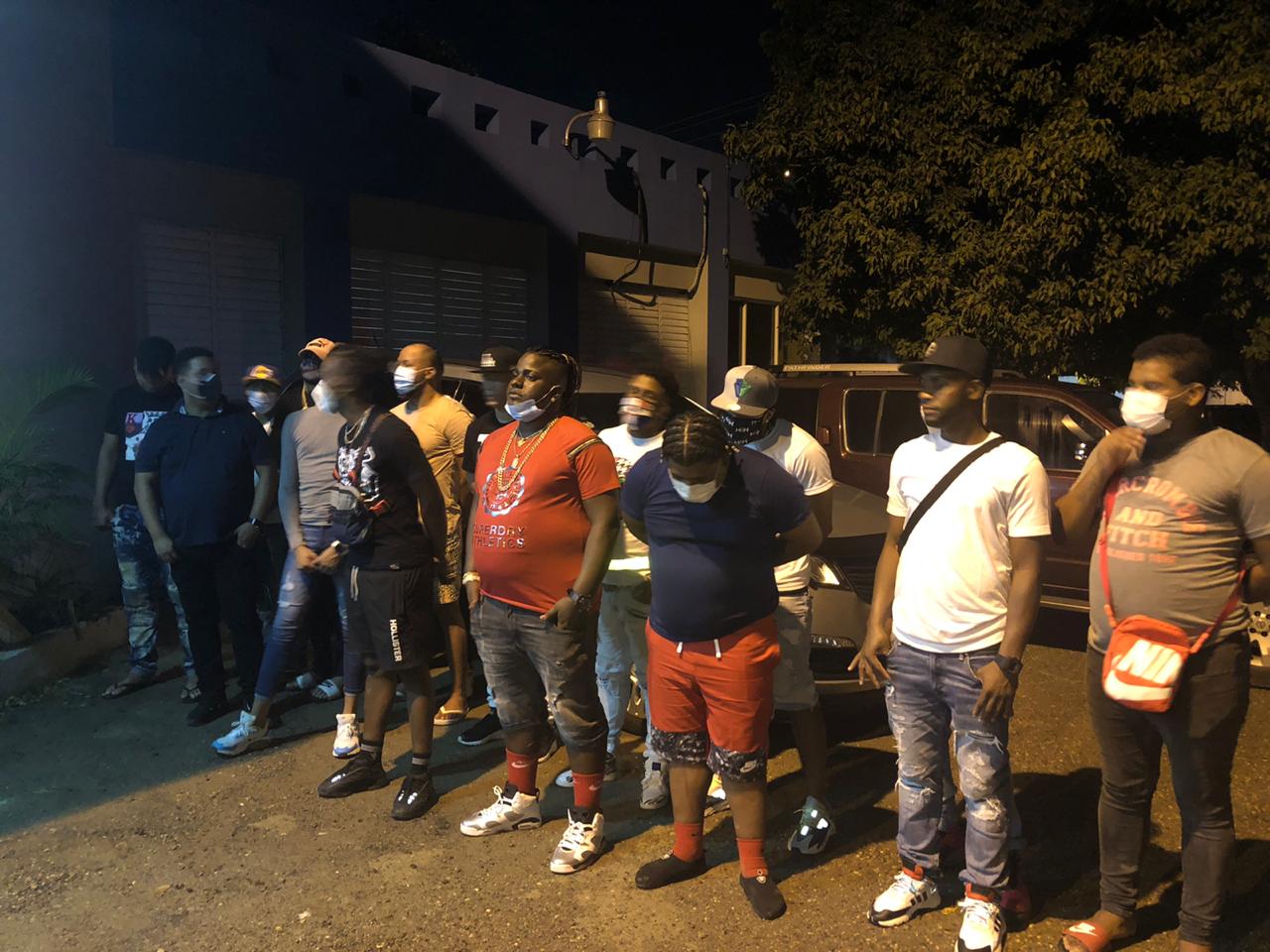 More than 30 people arrested in another clandestine party in Santiago

SANTIAGO.More than 30 citizens, most of them young, were arrested while participating in Santiago’s clandestine party. At the party, there were three activities taking place that broke the curfew laws. Authorities intervened.

The raid and dispersion of the illegal party were led by the prosecutor José Francisco Núñez and General Eduardo Alberto Then, director of the National Police in Santiago, who warned that the operations would continue thus enforce the sanitary provisions demanded by the curfew.

All those arrested must pay a fine of 10,000 pesos to be released, while the business owner must pay ten minimum wages equivalent to 100,000 pesos.

In the action coordinated by the authorities, 31 phones, 3 hookas, 1 Macbook, an SJ console, and 6 vehicles were seized.

The clandestine party was taking place in a rental villa with a swimming pool, located on the Luperón highway in Santiago’s Gurabo sector.