46,703 arrests in the last two months for curfew violations 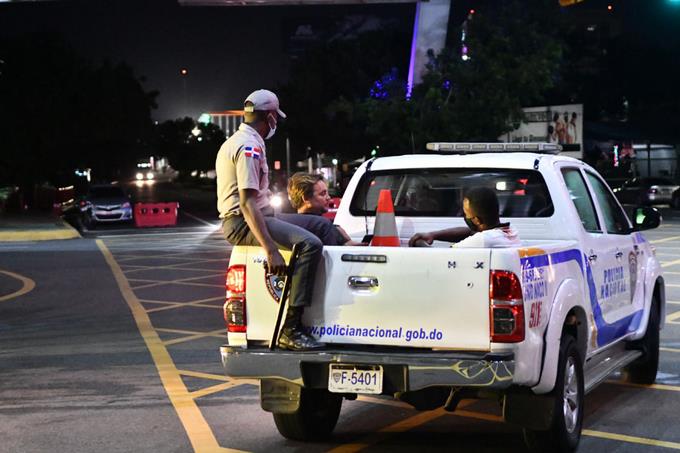 The current curfew, ratified by President Luis Abinader, will expire on Wednesday, November 11, in progress, as established in the decree.

Nine days before the expiration of the extended curfew at the request of President Luis Abinader on October 16, through Decree 554-20, the statistics of arrests for violating the measure are on the rise.

During September, at least 23,263 people were arrested. Last October, the number of those detained was around 23,440, according to the National Police’s arrest reports.

The total number of people arrested for violating the curfew is 46,703 during the last two months.

The municipalities that make up Greater Santo Domingo register the highest number of arrests. At least 7,421 citizens were detained in the capital during September and 9,679 in October to increase 2,258 new arrests.

The statistics for September and October show that Santo Domingo concentrates the highest number of arrests because they also reveal that weekends are the main scenario for these arrests.

In September, for example, 9,105 citizens violated the curfew, while in October, 13,918 were arrested for the same reason.

On average, approximately 1,438 people are detained throughout the country on weekends.

Ratification of the Curfew
After the last curfew was decreed on September 3, during the administration of former President Danilo Medina, the current president, Luis Abinader, ratified the ordinance for another 25 days by decree 431-20.

This extension and reduction of the curfew hours expired on October 17, giving way to the application of Decree 554-20, promulgated on October 16 of this year, and added 25 days of curfew as one of the preventive measures to combat the new coronavirus Covid-19 in the country.

The current curfew ratified by the President of the Republic Luis Abinader will expire next November 11, as established in the decree.

Exceptions during the curfew
During curfew hours, only persons related to essential activities and services are allowed to circulate, according to the decree, including health personnel, such as doctors, nurses, bioanalysts, paramedical and pharmaceutical personnel; persons affected by a medical emergency, persons dedicated to security work duly identified and members of the press duly accredited.

This implies
Curfew refers to the prohibition or restriction established by government institutions, to move freely in the streets of a city or to remain in public places, with inhabitants remaining only in their homes unless there are exceptions of necessity or urgency.

The curfew may cover nighttime hours and the rest of the day, depending on the circumstances. It is a legal limitation or restriction on freedom of movement, internationally considered a human right, and by many legislations a constitutional right.