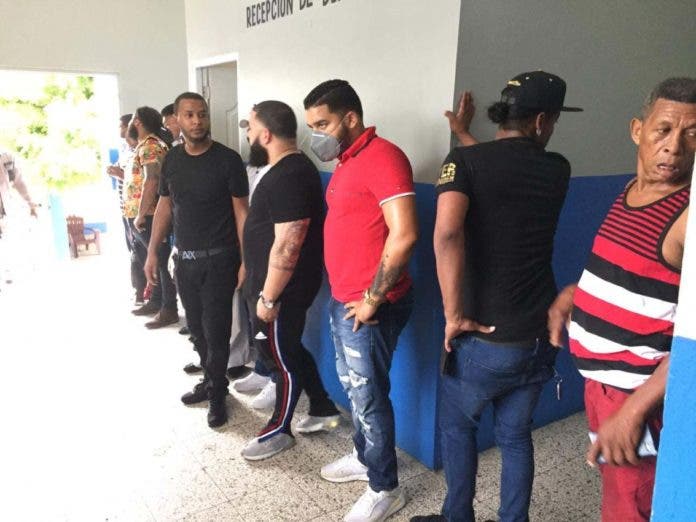 SANTIAGO.-At least 15 people were arrested, and the confiscation of musical instruments was the result of the police intervention in a clandestine party that took place yesterday Sunday at the business “Macuta Cigar Bar,” located in the La Villa Olímpica sector, in this city, the Police reported this Monday.

Police agents from the Mari López zonal department, attached to the Cibao Central Regional Directorate of the National Police, surprised the parishioners in frank violation of presidential decree 554-20, which prohibits the gathering of people in public and private places and that has the observation of physical distancing and the mandatory use of masks as requirements.

During the intervention, in addition to the detainees and the instruments occupied such as güira and Tambora, six
large speaker boxes, a drum, an electric bass, and a bottle of Jack Daniel’s whiskey was also seized for the corresponding legal purposes. Those arrested must pay a fine.

Last Friday, for the second time in less than three weeks, representatives of the Public Ministry of this judicial department, accompanied by police agents, closed the Lovera Bar 2 business, again under the accusation of violating physical distancing and without the use of masks, violating health protocols due to COVID-19.