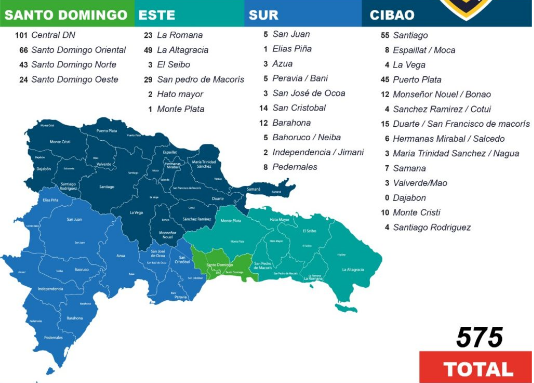 The National Police has reported that at least 575 people have been arrested for violating the curfew schedule, a preventive measure taken by the government in response to the spread of the COVID-19 virus in the national territory.

According to the report made by the public order institution, 399 of the citizens who were reported to have been detained were without masks.

The National District heads the largest number of people detained this November 19, with 101. It is followed by Eastern Santo Domingo, Santiago, and La Altagracia.

The uniformed personnel also said that seven businesses that were not authorized to operate during these days of detention were closed.

Also, the National Police announced that 432 motorcycles and 34 vehicles had been detained because of their circulation during hours that violated the curfew.

On Wednesday 18, 637 citizens were found on the streets without masks throughout the country.